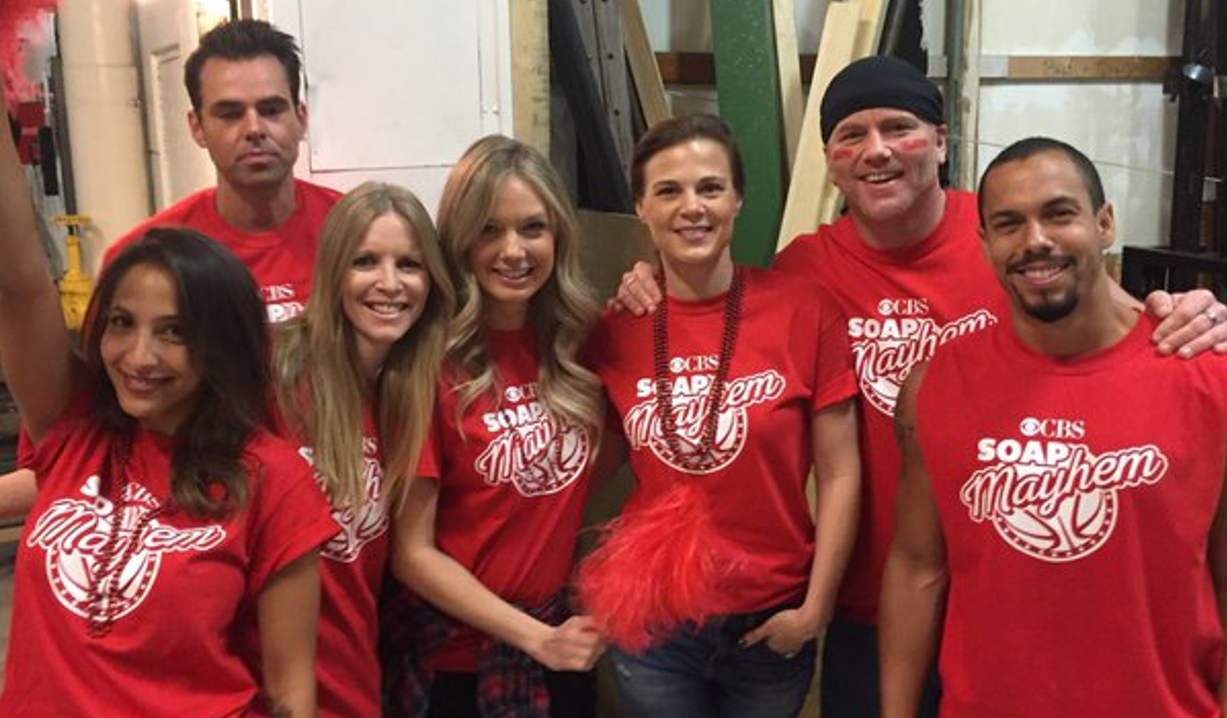 Why we can’t have nice things.

This week, catch up with the stars of “Y&R” as they spot mystery machines, ponder when Filet-O-Fish is okay and advise that you never eat camel balls.

Leslie's back in GC on Monday!! However, something seems to be missing ? Let me know if you can guess what? ??

To all my friends and fellow astronauts hurtling through space. MY SON's book is available for FREE. 4 days left. https://t.co/n53gwJgO9Z

Alright peeps, one year old Bowie is Young and Restless and looking for a good home. His high… https://t.co/lYZS1snglA

Hey everyone, I want you to meet Bowie, my newest, little, dawgie buddy. Bowie is is a friendly dog, who is… https://t.co/iwV3w3axFd

Cute. Love the chandelier you're popping your head out of. https://t.co/8wKpCe7jOO

#TeamYR Even though B&B won this year, we still had a good time! And I think our team is way… https://t.co/U0roxsPo0O

This is bound to work. pic.twitter.com/gyBHmCXu5f

Woke up yesterday morning sick and I don't like being sick!! I miss my coffee, eating good food and all the good things in life!! L&L xx

Happy Birthday to my best friend and the love of my life. Rachael I adore you! ❤️ pic.twitter.com/Nq7ZTXw0p3

This was an episode w/Roy Rogers. I lied to the director that I could ride a horse. I learned in one quick lesson! https://t.co/8a15C9KHjq

In other news, @FamilyGuyonFOX thank you for being my daycare teacher today.

@JoshuaMorrowYR I knew there was a reason I liked you… #mcdonalds

LOVED @NBCTheVoice last night and laughed so hard at #LittleBigShots Did anyone see it?

Watching Grandpa @Ebraeden navigate the family betrayal recently has been really something special. His sincerity and heart always unmatched

. @ginatognoni @gina_lukebryanx Gina you are a rockstar!!! Always love our scenes together! ?

Being a woman is an incredible thing. The strength we have, the grace, the beauty we all have… https://t.co/aMvRB1ASTJ

Now Available on Amazon and iTunes …our movie "Strangely In Love"… Check it out, we're very proud of it! #YR https://t.co/hwMFA1Fbog

There's just something about a studio. Empty, full, big, small. In use or waiting for the next… https://t.co/8FsUg5DXI5

Happy Monday (or Tuesday)! Sharing another shot with you from a fun shoot with the hilarious and… https://t.co/KYa2JqugBL

Years ago,sat at table next 2 Nancy Reagan &Betsy Bloomingdale, all I wanted to do was join them!God speed Nancy, you r with ur Ronnie again

Almost hesitant to watch the last episode of @DowntonAbbey I don't want it to end ? who is watching with me?

I usually don't get sharing photos of food, but this is a burger on a piece of French toast, y'all. +egg+beer pic.twitter.com/6wAwnPkSQJ

Find out the real reason why Burgess Jenkins left Y&R before getting the details regarding who Thad Luckinbill will play in a new ABC pilot.