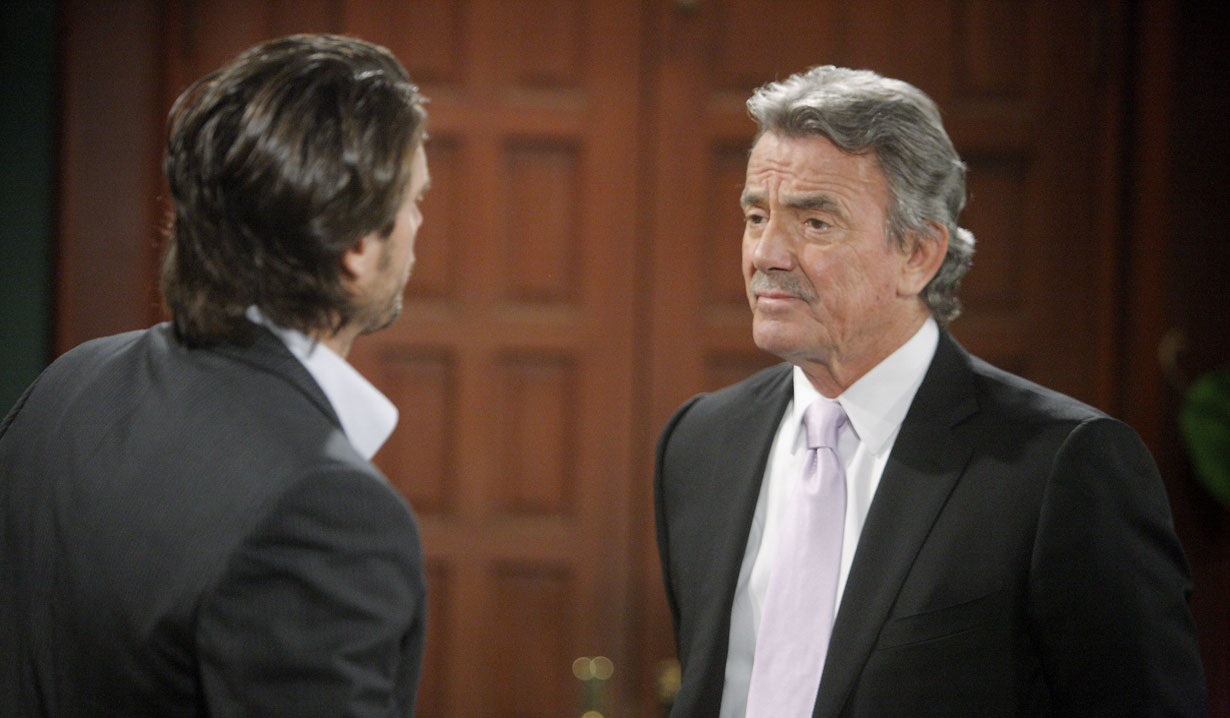 “Now you listen to me, I owned this company!”

This week’s Soaps.com “The Young and the Restless” Throwback Thursday poll takes readers back to 1997 when Nick Newman confronted his father Victor in his office at Newman Enterprises…

These days, Nick, as well as most of his family, is at odds with Victor. Years ago, they experienced another rift when father and son didn’t see eye to eye on a business acquisition. Nick marched into Victor’s office and was immediately halted from speaking further on the Dennison/Vanguard acquisition. Victor wanted nothing to do with it and stated that others negotiated the project without his permission. He also reminded that Nick was still in college and was too inexperienced to be making multi-million dollar acquisitions.

Nick saw things differently and though he was being groomed to one day run Newman, he recalled how Victor never went to school and couldn’t believe his father was going to pass on the project after he’d worked so hard on it. Though Victor was impressed by Nick’s dedication, he believed it was time he realized hard work didn’t always guarantee success. Victor planned to have the contract voided and warned, thereafter, he expected an apology from Nick.

Last week’s Throwback answer: Sharon and Brad were caught kissing in her SUV.