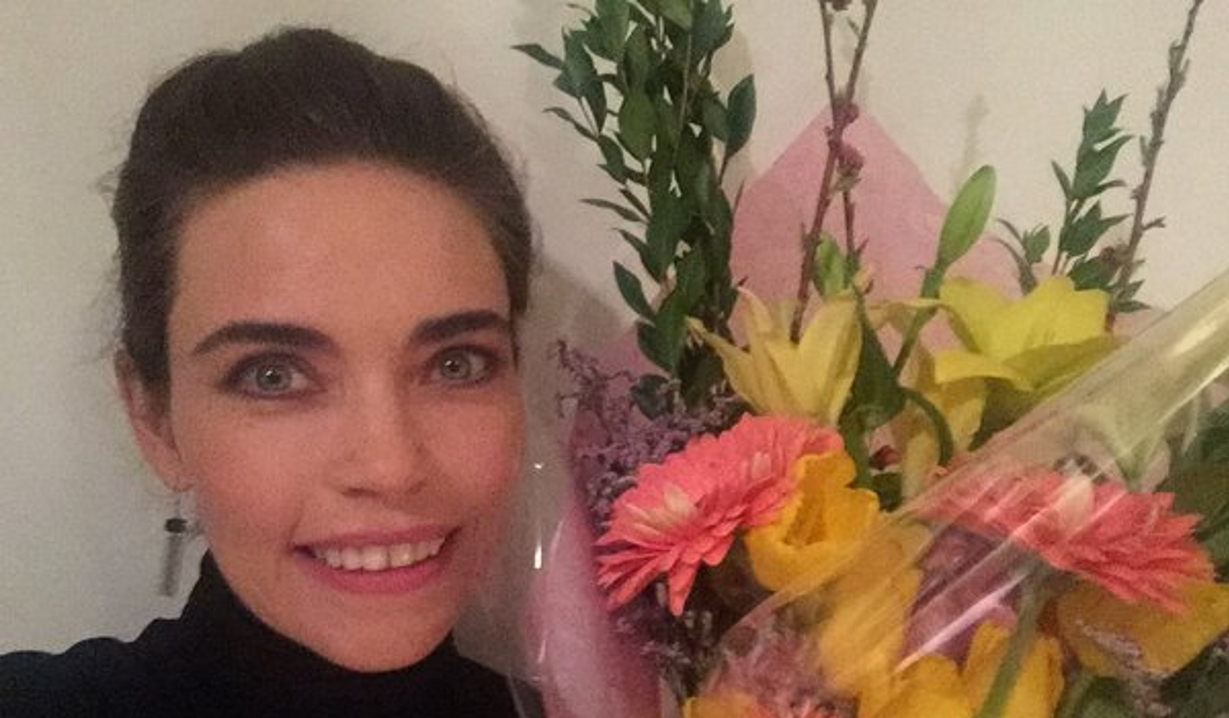 Naps, early weekends, and back in Genoa City.

This week, the stars of “Y&R” were working with gorillas, suffering Monday hangovers, and pondering the enticing possibilities of #lick?

Flashback…Throwback… I can't keep it straight!

Was this supposed to be for Thursday or Friday? pic.twitter.com/KAs0QF4Cp8

Enjoy our convo about pickle juice, cashew milk and how I met my boyfriend 🙂 https://t.co/yQlwS56ZUw

What did you guys think?! #lick pic.twitter.com/P25ikLJLPi

Responses to this scene have been unreal. Thank you, all. xo!
But I'll tell you: it was all Amelia! She is divine! https://t.co/OruAvX1Vzv

I'm coming to Victoria, BC Sunday to raise $ 4 charity, & take selfies with u while we have breakfast together! pic.twitter.com/eIeciScSo3

I had to switch cars w/@RebeccaBudig today so I could transport a chair. Thx for helping me out, R. This is her car: pic.twitter.com/LBtBhj6N6I

Taking a nap in the #shire while Gandalf sets up his fireworks. #middleearth #lordoftherings https://t.co/D7tXteNO5F

@EBraeden thank you Eric! Means a lot coming from you! Love getting to work with you! You were outstanding!! As always!

it was fun playing the Victor Newman starter kit lol….U were a legend in those scenes today sir…absolute killa! https://t.co/bax5pl8MF5

@JoshuaMorrowYR your performance on air today was damned good, Joshua! Saw a very different side to your character!

Also my expression when I hear those venomous words, "bar's closing." https://t.co/EjiYN6OVoE

just for the record I have no interest in bringing anyone "down" what does that mean? I have the right to express how I feel to a "friend"

the calm before the glorious work storm today.

Thank you so much!!! pic.twitter.com/H99PzrvXbm

Love getting to work with the wonderful @EBraeden …he's so incredibly talented and so much fun to work with. Luv u Eric! #YR @YRInsider

Life is short. Do more of what makes you happy. #retweet

"What if…?"
Have fun watching today, friends.
Thanks for supporting us.
❤️#YR #Luca #CBSDaytime pic.twitter.com/QVfTIuWWdQ

My ride or die, my twin that's really 6.5 years younger than me, my best friend. I luh u @JoeyKingActress pic.twitter.com/czDTO5czVd

Happy Birthday @MauriceBenard. One of the best the biz has ever had. Knowing you and your fam. is inspiring. Fortunate to call you a friend.

@JessicaCollins @_CatherineBach ?? We have to come meet YOUR gorgeous little lady!!

Happy birthday to an amazing guy and a great mentor @MauriceBenard thank you brother for everything. 🙂

I worked with the most talented gorilla I know on this 😉 #gorillaglue #commercial #filming #la #oscars2016 #actor https://t.co/2xVRsp1HSZ

I have rarely respected a man more! He was the most gracious, kind, powerful actor I have ever met, all 6ft5, 300 pounds of a bear of a man!

.my good friend GEORGE KENNEDY has passed away! He first played my father on Y&R, then I asked him to be in THE MAN WHO CAME BACK! Very sad!

It's Tuesday! Which means @NCIS_CBS is on. And I'm in it being all Navy-like. Watch on @CBS 8/7c #NCIS #drama pic.twitter.com/6NNZIMaLHa

Find the details concerning the death of Y&R alum George Kennedy before testing the powers of your memory in our Throwback Thursday poll about Jill attacking Nina.