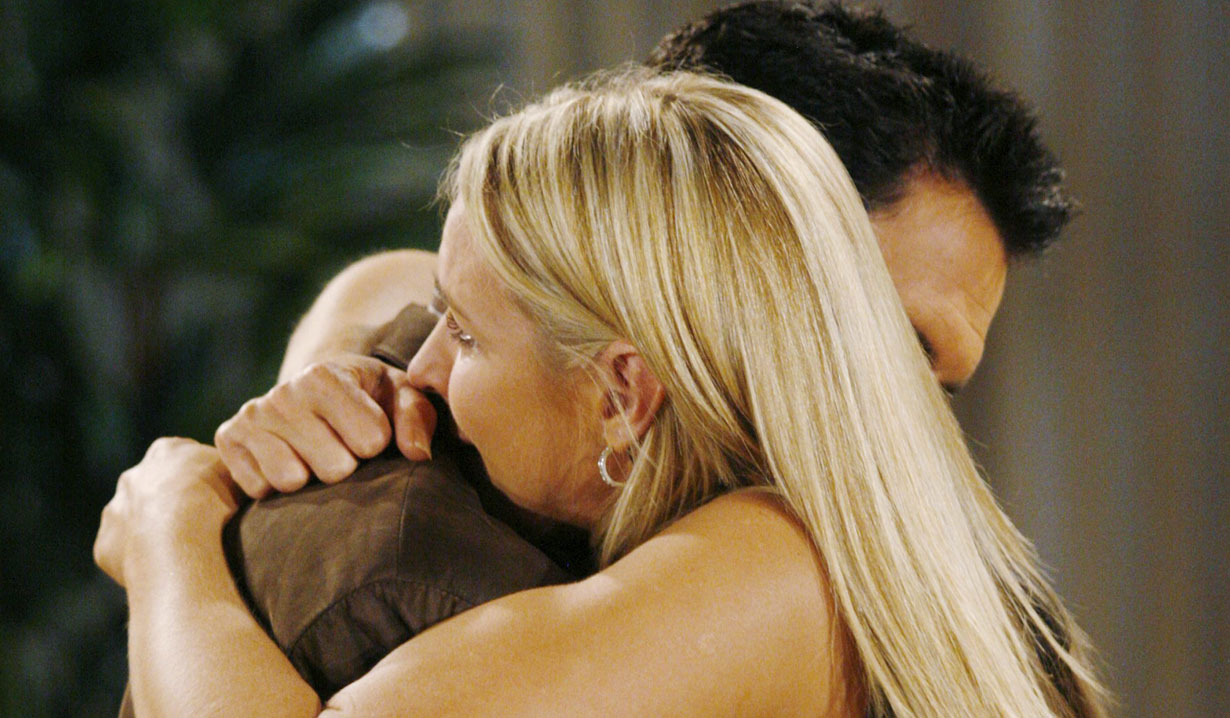 Soaps.com is traveling back in time to 2006 in this week’s “The Young and the Restless” Throwback Thursday poll when Nick Newman caught his wife Sharon kissing Brad Carlton…

It seems as of late, many continue to jump on the ‘I hate Victor Newman’ wagon. A few years back, Sharon was hating on Nick something fierce, which resulted in her husband later witnessing her kissing another man. Sharon visited Nick at Newman Enterprises, where he admitted that Phyllis was pregnant with his child. Nick and Sharon were grieving the death of their daughter Cassie when Nick and Phyllis began an affair. Sharon was furious and stormed off, not wanting Nick to stay with her out of obligation to their family. Brad, who’d helped Sharon through her grief, had fallen in love with her but was now married to Victoria, watched as she passed by and soon followed.

Brad caught up with Sharon, who was screaming how much she hated Nick for destroying their family. He urged her to calm down and promised she would get through this. Sharon leaned against Brad for comfort and sobbed in his arms. She thanked him for being such a good friend and the two began making out passionately. It wasn’t long before Nick appeared and spotted them. Sharon caught Nick’s eye but continued kissing his sister’s husband.