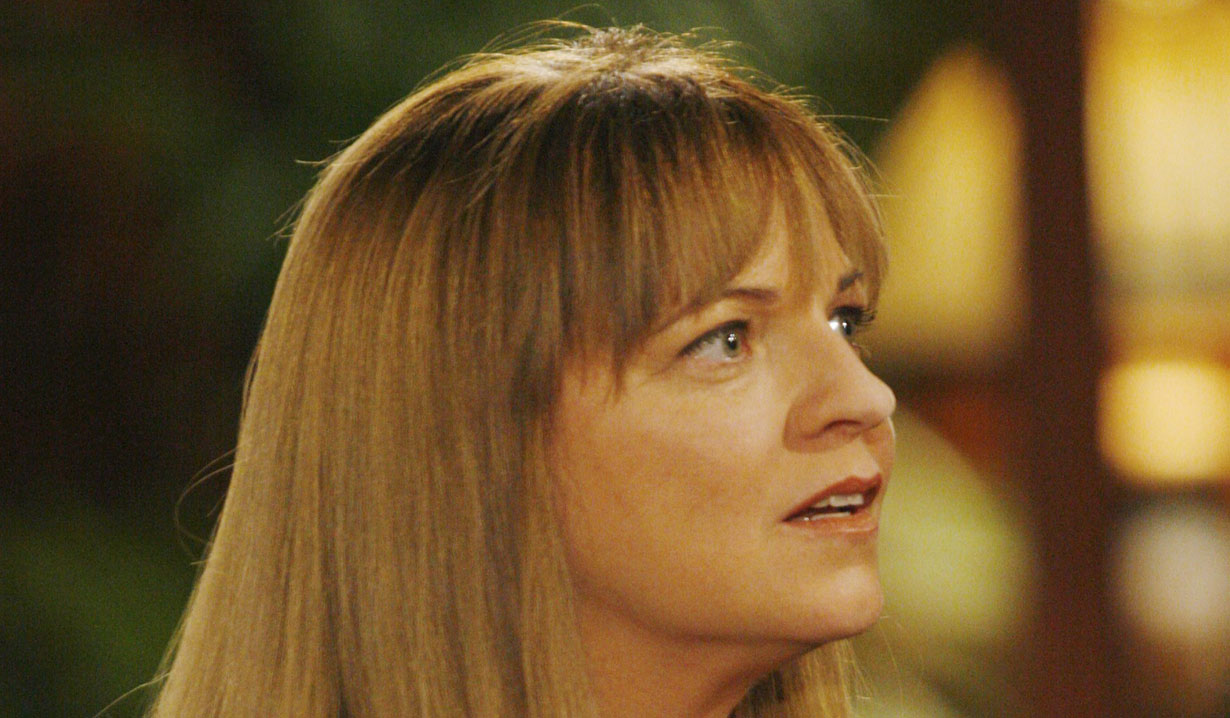 In this week’s Throwback Thursday “The Young and the Restless” poll Soaps.com is taking a look back to 1989 when Jill Abbott physically attacked Nina Webster…

Confrontations in Genoa City happen on a daily basis, one of the latest surrounding Victor and his family. Years ago, Jill and Nina couldn’t be in the same room without slinging nasty remarks, which often turned physical. Nina arrived at the Chancellor Estate and was greeted by Katherine’s husband, Rex Sterling. She made it clear she was only there because he’d requested her presence. They joined Katherine and Jill in the living room, where the women wasted no time asking after Nina’s infant son Phillip Chancellor IV. Though Jill wanted to make visitation plans, Nina adamantly refused her.

Rex tried to mediate the situation and reminded Nina that Jill was Phillip’s grandmother. Nina in turn recalled how Jill hated her and had made her life a living hell. She called Jill poison and warned that she would never, ever see Phillip again, which promptly resulted in Jill physically attacking Nina.

Previous week’s answer: Lillie’s husband Walter told her to take reasonability for how she treated their daughter, Drucilla.

Read Soaps.com’s Y&R 1980s episode guide for more of Jill and Nina’s antics, including when Nina held Rose DeVille at gunpoint for stealing her newborn, a few years prior to Phillip’s birth.