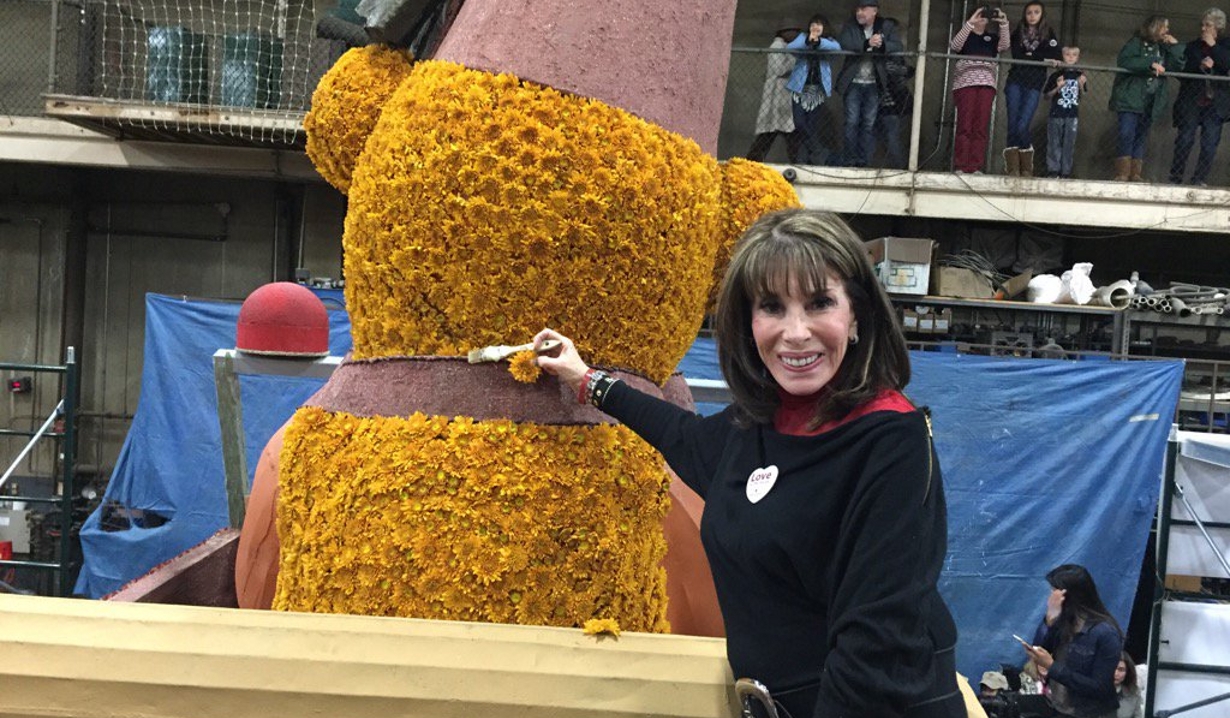 Safe and happy #NYE2016 wishes! Ask that girl to dance. Reach out to that old friend. Last chance this year to laugh at yourself. Be kind!

Spending the last day of 2015 with nature & the family. 2016 my friend, I'm ready to welcome you with open arms! pic.twitter.com/DRv4UaqwgQ

Peace, health, love, happiness and success to ALL of you!!! May 2016 see all your wishes come true!! Sending you my love.

I remember in my 20s when New Years was a big deal…..now it ranks far behind any taco Tuesday throughout the year. #2016

She makes me happy pic.twitter.com/ZNzmSw8MbV

THANK YOU FOR ALL YOUR GOOD WISHES, THEY MEAN A WHOLE LOT TO ME! WITHOUT YOU THERE WOULD BE NO RATINGS,NO SHOW! SO,THANK YOU ALL&HAPPY 2016!

Happy New year my peeps on the East coast!!! pic.twitter.com/H80fzp1ozj

#YR #NewYearsEve #Super excited for the new year ❤️ from me to you #MakeItCount pic.twitter.com/ssC1PVacJr

Wishing everyone a very happy, healthy, and safe 2016! https://t.co/mfUxtFA4ki

HAPPY NEW YEAR to ALL!!! Thank you for all the support and love! #BESTFANSEVER

The original candy conveyer belt from the "Job Switching" episode of I LOVE LUCY at Edelweiss Chocolate Shop. #YR pic.twitter.com/2q0VC4ZjLY

Happy New Year!! May this be a year of Love, Health, Happiness and Magic! #love #healthy… https://t.co/BXmajWQrDl

Happy New Year! May we all be the best versions of ourselves that we can in 2016 ?

Happy News years Eve!! Be safe and get er done in 2016!! Motivation is what gets you started. A plan will help you succeed!

Happy New Year everyone. Have an awesome 2016!!! pic.twitter.com/BHFwWwsSGV

Getting used to a new fone!have to admit there were moments I wanted to throw the whole damn techno bs against the wall&ago back 2 smoke sig

Some of us #YR girls bowing down to Abby, the perfectly stunning bride????? @MelissaOrdway pic.twitter.com/FEu8nCpS9G

Hubby was picked to get the lights on & show started at @Cirque tonight!! Ha! #ETPhoneHome #Kurios pic.twitter.com/WDWp0lr4n9

No swan song for Hanky! #RHOBH no biting the hands that feed you!

That time in between Christmas and New Years is like the Twilight Zone.

Hello! MO!!! Where's my present? My birthday was 2 weeks before @lisarinna 's!

Exhausted, shocked, depressed. We may not have slept last night but we finished "Making of a… https://t.co/07Wq17YwbC

When you are so shocked by "Making of a Murderer" all you can do is eat french fries and… https://t.co/1fI46Pu56R

Victor: "The punk thinks he can tell me how to run my business." Punk????? pic.twitter.com/bbahzcRfF2

True American was a success ??? thank you #NewGirl for my new favorite game????? pic.twitter.com/GS033pbqR0

Home for the holidays brings joy. But also reminds you of how your parents f'ing tortured you with that bowl cut. pic.twitter.com/UHDg7o5SP0

Another year of Y&R in the books. Perhaps we will leave our digitized story in a time capsule for… https://t.co/Q1rbpY5b4v

Jog your memory of past Genoa City holidays in our Throwback Thursday poll about Kevin and Chloe’s New Year’s kiss before finding out why Candace thinks the Dr. Neville story is a dud in the latest Deconstructing Y&R.