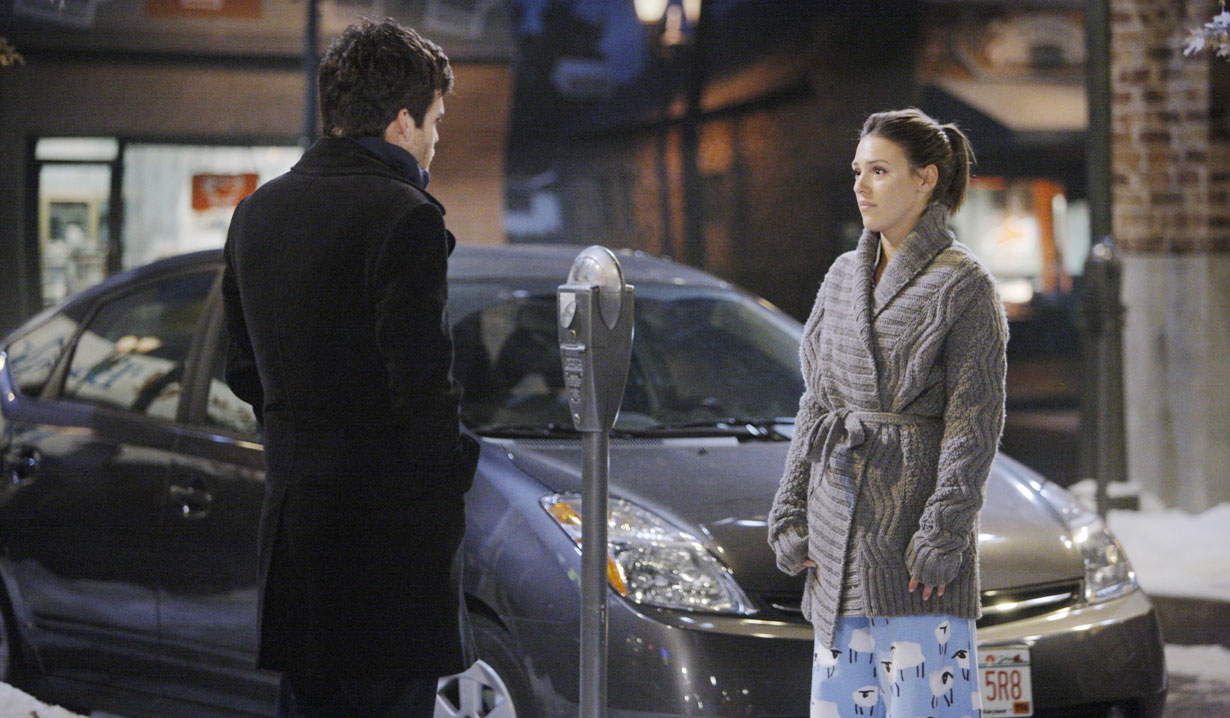 In this week’s “The Young and the Restless” Throwback Thursday poll Soaps.com is taking readers back to 2010 when Kevin Fisher and Chloe Mitchell shared a New Year’s kiss…

Many in and around Genoa City will be engaging in a kiss to ring in 2016. A few years back, Kevin and Chloe finally admitted their feelings for one another and shared one as well. From opposite sides of the street, Kevin and Chloe met in the middle outside Jimmy’s Bar. Chloe, in her pajamas, had a hard time getting her feelings across to Kevin, who ended up being insulted by a reference she made to two characters from an 80s movie.

Chloe rambled a bit more before making it clear to Kevin that she wanted him. She admitted when Kevin first confessed his feelings for her that she panicked and wondered if he felt differently now. Kevin closed the gap between them and told Chloe that he still wanted her. As many counted down to the new year in the background, Kevin kissed Chloe.

Did you get last week’s answer correct? JT gave Colleen a sapphire birthstone pendant for Christmas