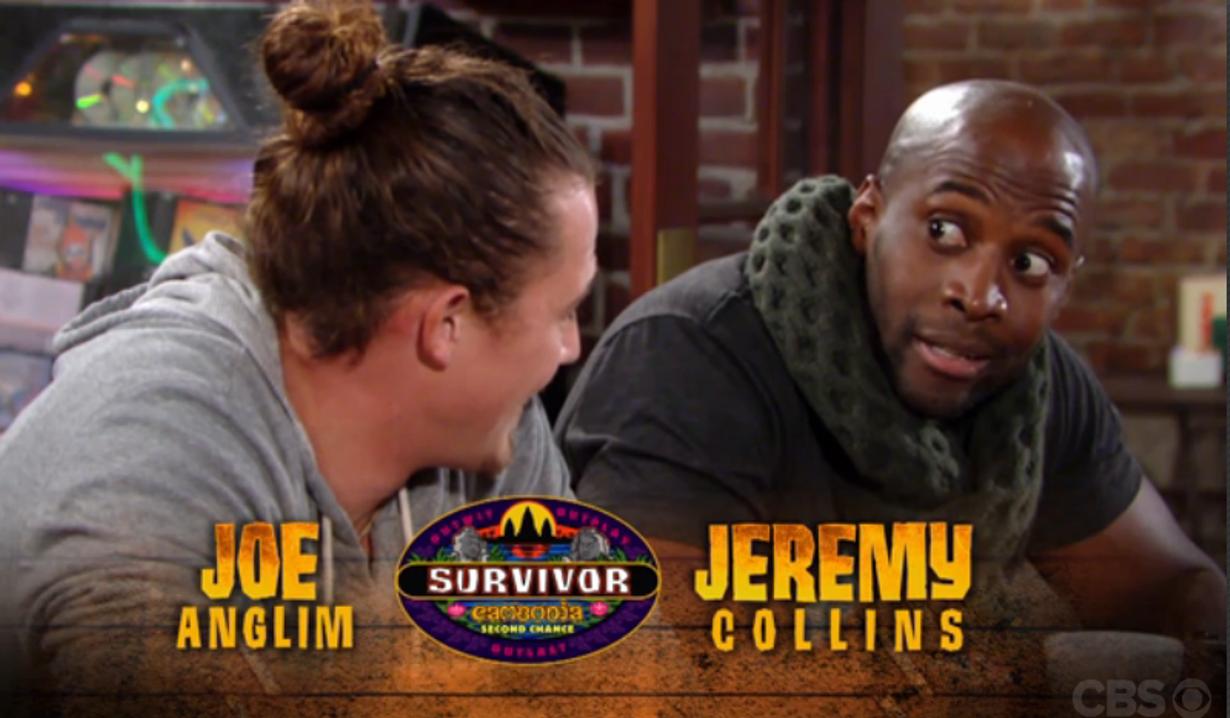 “Survivor” castaways Joe Anglim and recent winner, Jeremy Collins, have taped a guest appearance on “The Young and the Restless.” They will be in scenes at Genoa City’s Crimson Lights with Joshua Morrow, who plays Nick Newman.

Morrow, a “Survivor” fan, posted a photo with Anglim and Collins from behind-the-scenes:

Stay tuned to Soaps.com for airdate information when it becomes available.

Read a recent Soaps.com interview with Joshua Morrow, and then flash back to when Y&R’s Nick Newman was in jail.