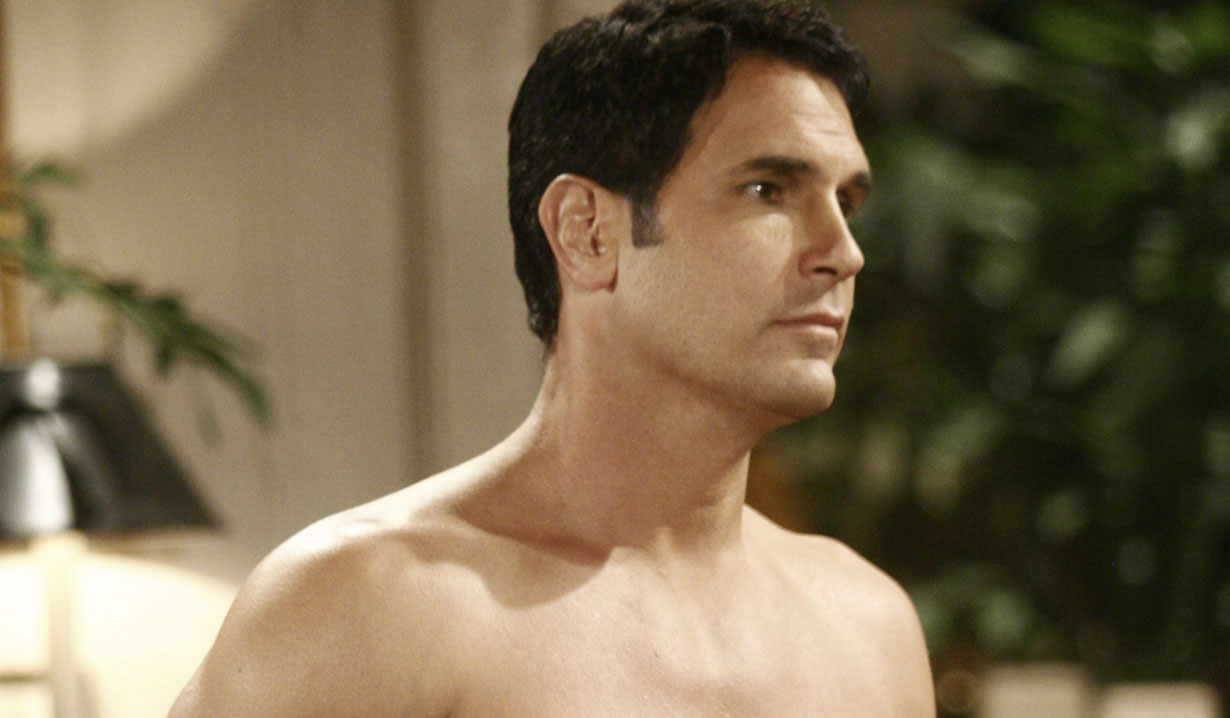 The late 1980s gave fans some engaging eye candy, as Soaps.com flashes back in this week’s Throwback Thursday poll to when Brad Carlton tried to make his ex Traci Abbott jealous by dancing around in a red Speedo with her sister Ashley…

Adam and Chelsea’s reconciliation was short lived. Years ago, Brad and Traci called it quits as well but it was very much apparent that they still cared for one another. Ashley and Brad shared the Abbott pool area with Traci and her boyfriend Tim Sullivan. Traci became disgusted as Brad pranced around in his itty bitty red Speedo, clearly trying to make her jealous by carrying on and dancing with Ashley.

Tim noticed how Brad was getting to Traci and suggested that they beat Brad at his own game. Traci played along, as Tim began kissing her neck. Brad watched then took his turn and started kissing Ashley. As the back and forth game surrounding the unresolved feelings between Brad and Traci continued on, one person had had enough and stomped off.

Read Soaps.com’s Y&R 80s episode guide for Traci and Brad’s history and find out who else came between the two young lovers in the beginning stages of their relationship.