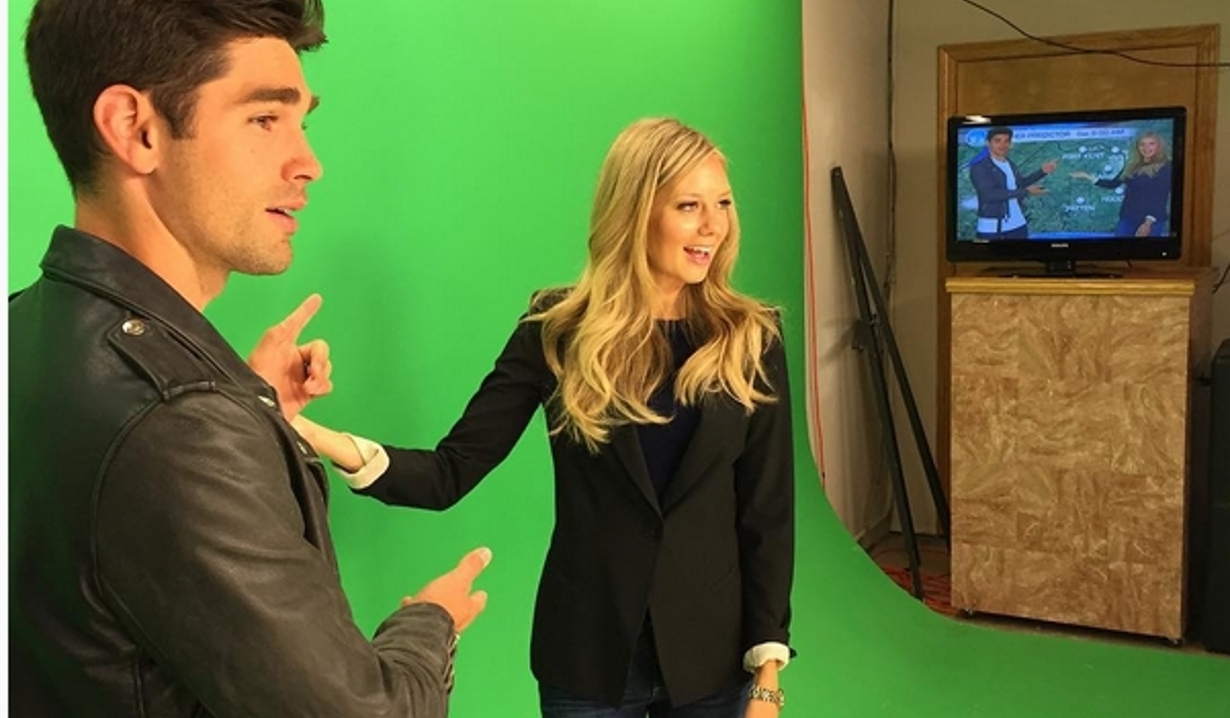 Get a quick tour of the latest tweets from the stars of “Y&R.” This week, events are re-scheduled, a happy anniversary, stars go out on the town, and there are even some new haircuts.

Good morning! Doing the weather on WAGM 8! ☀️ Talking about @yrinsider and the Take Flight event in… https://t.co/MtebJbSvzL

NO ONE ever writes my tweets but me! Ever!

Are there wizards in Genoa City? A Wizard. #YR https://t.co/fSuNwJsPkV

#Tbt to when George Michael and Garfield were my main squeezes. #Faith pic.twitter.com/AXwj9xRIaB

Surgery is done but I'm bed ridden cause I have to keep my elbow and arm above my heart to control the bleeding. ❤️ U pic.twitter.com/8dIEJvNiwc

That cosy feeling with pumpkin spice in the air, Halloween, Thanksgiving…. it's magical! https://t.co/32JPtC0yU5

Are you excited for fall? I love the cozy weather and colors of nature. Time to relax by the fire 🙂 pic.twitter.com/gwyC8mPbHc

And also one of the smartest creatures on the planet! https://t.co/sVYqwrMBxB

I just ran into this character at the groomers. Me thinks I'm cheating on my Brando d pic.twitter.com/IsvnaazgsV

Day 3 of my cleanse. Grumpy is listed as a side effect. That's bull$@!* I wouldn't be grumpy if people would stop talking to me. Oh wait

Tomorrow I have surgery to screw and wire my broken elbow back together… today tho I'm still filming at @YRInsider pic.twitter.com/LCGXstjRdT

The Craft. Love that, William. That's what I'm striving for every scene. ?? Thanks for the great feedback. https://t.co/24o8iRTuqx

JOIN the STUNNING @ChrissKnight the AMAZING @marylicausi and the HE'LL DO IN A PINCH @SeanCarrigan at the http://t.co/c45InIE9I9 this SAT!

3 cups of coffee, a trip to the gym, even dusted off some "guns n roses" (don't judge)… Still feel like a nap.

Ever like to sit in long grass and just think? Me neither, too itchy. #throwback #happymonday pic.twitter.com/RgeQdACtXr

I saw my baby today on the 3d ultrasound!!! She is so pretty!! I am already in love!!! #countdowntobeingamommy

Find out how Y&R star Daniel Goddard broke his elbow and then test your memories of Phillip and Katherine’s complicated past in Genoa City with our Throwback Thursday Y&R poll.

Jonathan Majors, Regina King and Idris Elba Face Off in Gunslinging First Trailer for ‘The Harder They Fall’