Throwback Thursday Y&R Poll: Michael orders Isabella to do whatever it takes 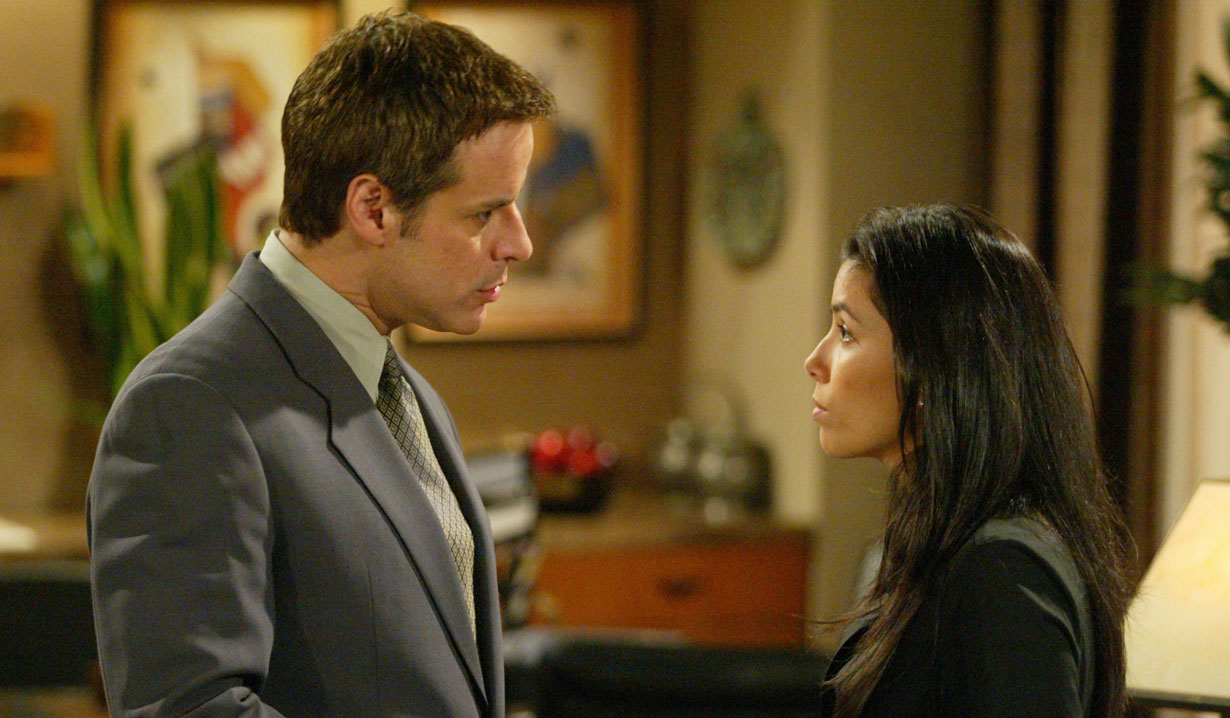 “You should stick with what you do best, Isabella, you lie.”

Soaps.com is going back to 2002 for this week’s “The Young and the Restless” Throwback Thursday poll when Michael Baldwin gave Isabella Brana strict orders regarding an event…

Sharon is currently putting her latest plan into motion in an attempt to keep the loss of her baby from Dylan. Years ago, Michael and Isabella had a plan of their own – to keep Paul Williams and Christine Blair apart. Before Isabella attempted to kill Christine, she set out to build a life with Paul after the birth of their child, Ricky. Michael and Christine were getting closer as well.

On the day of Ricky’s christening, Michael paid Isabella a visit and warned her not to invite Christine. Isabella made Michael furious by admitting she’d already invited Christine, in a roundabout way, and didn’t appear bothered by the fact that she just might show up. Michael gave her a stern reminder of what they were risking by having Christine there then stormed out.

Do you remember Michael’s main reason for not wanting Christine to attend Ricky’s christening?

Last week’s correct answer was: In regards to their marriage, Jack told Patty, “I needed a woman, you were a girl.”