Answer to last week's poll: Grace said, "Sorry stud, the music turned me on, not you."

“You don’t think I’m concerned about my little girl?”

Hair pulling, slaps and even fistfights have been a part of daytime since the beginning, which brings Soaps.com back to 1997 in this week’s “The Young and the Restless” Throwback Thursday poll when Neil Winters went after his brother Malcolm…

The Winters family is a mess these days, much like years ago when Neil moved out of his apartment because his wife Drucilla Winters wanted to return to modeling instead of being a stay-at-home mom to Lily. Malcolm paid Neil a visit and was immediately told to back off and mind his business in regards to his brother’s marital problems. He refused and pushed Neil’s buttons further by reminding him that he basically abandoned Lily. Neil protested, claiming things weren’t that simple and he and Dru couldn’t resolve their issues if he simply moved back home.

Neil had enough of Malcolm’s badgering and demanded that he leave. Malcolm promised to leave if Neil packed his bags and walked out with him but things didn’t go as planned. Neil tried to throw Malcolm out and it turned physical. As the brothers pushed each other around the place, someone appeared and screamed for them to stop. Do you remember who broke up the fight? 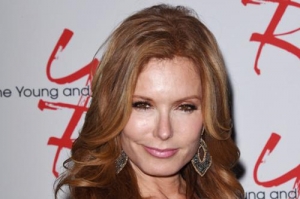 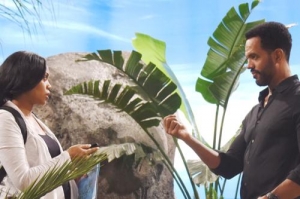