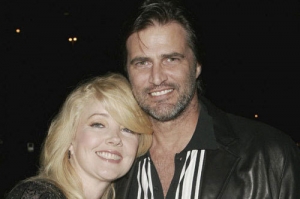 “Bride’s are nervous, it’s not that big a deal.

This week’s Throwback Thursday poll takes Soaps.com readers back to 2004 when Nikki Newman wanted to be sure Bobby Marsino was really prepared to marry a much younger Brittany Hodges…

Nikki has been a sounding-board for Neil these days, regarding his upset over Devon and Hilary. Years ago, she was one for Bobby as well. Nikki and Bobby became business partners in his club Marsino’s before they realized Nikki had accidentally killed Bobby’s brother Joshua. Not only did Nikki contribute money-wise, she helped serve patrons and run the club at night. She was also a confidant to Bobby.

Bobby and Brittany Hodges were in the midst of planning their wedding. Over talk of the drama Brittany was creating in regards to some of the preparations, Nikki reminded him how young his fiancée was. Bobby didn’t deny it but assured Nikki that Brittany took his breath away, even though she acted like a kid sometimes. As they wrapped up their conversation, Bobby made a comment that both he and Nikki agreed was better left unsaid.

Do you remember what Bobby said to Nikki? Vote in our poll then view an adorable photo of Bobby’s portrayer John Enos’ Chihuahuas Bruno and Duke.

Did you get last week's answer correct? John was only concerned about his daughter's happiness.