Same barber? I'm the one on the L, my sister isn't happy and my brother is the bowl on the R. pic.twitter.com/ro5cSK1gMC

Hi Tweeps, I'll be back to work soon. Thanks for your support and kind words!

Big Birds smile was way bigger and much hotter https://t.co/QuJ9m2YC2V

Melody did a great job today with that bottle in her arm! I thought it was a great show! We have such good actors, & damned interestingstory

Thank you @rickygervais, for giving a voice to animals all over the world.And not standing for sick people and sick abuse!! Truly honorable.

Thank you for the love! Hopefully you're gonna love what's in store for #narisa ? https://t.co/hHpC7Qy1f5

Find out how to see The Young and the Restless’ Daniel Goddard, Tristan Rogers, and Days' Eric Martsolf at Vegas Night.

Check out the best tweets from “Y&R” actors this week to see their pets, their travels, their throwback photos and to discover which actress was so upset to miss Comic Con!

Have a great weekend everyone! And gear up for next week on YR… It's going to be a good one. @YandR_CBS @YRInsider #YR

Thanks u for the kind words about @YandR_CBS … Great stories. 🙂

.@LASchools can you have Vine Street Elementary turn off their sprinklers? They've literally been on for over an hour.

David Sherman consults with not so happy Joe. Tune in today for some intense depositions! #YR @YRInsider @Scott_Elrod pic.twitter.com/fkALRjgnBs

#tbt to the fourth, celebrating a great country with a great crew??? pic.twitter.com/Apw9WtchD8 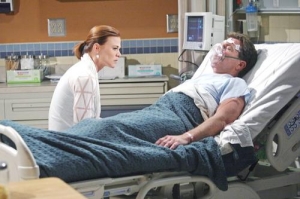