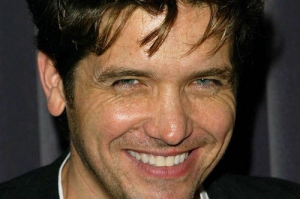 Soaps.com heads back to the late 1980s in this week’s Throwback Thursday poll when Danny Romalotti was brought in for possession of cocaine…

Many in Genoa City still have no idea that a former drug lord had taken over Jack Abbott’s identity. Years ago, someone scored some drugs and carefully planted them on and tried to frame Danny. Christine Blair, who’d been dating Danny at the time, went to the police station where he was being held on possession of cocaine charges. She couldn’t understand why he was being so calm but Danny assured her he’d be out of there soon. He was innocent and believed the cops made a mistake.

John Silva arrived and informed that the cops wanted to hold Danny over night and that they had evidence to link him to the cocaine. Danny insisted the drugs weren’t his and screamed, “I don’t do drugs! Why is this happening to me?” A cop appeared, called Danny ‘Elvis’ and happily dragged the rockstar to a cell. Though the setup was later exposed during Danny’s trial, the person responsible was never implicated.

Do you remember who set Danny up? Test your memory then leave us your favorite soap opera deceptive moment, such as the time when Phyllis switched Daniel’s paternity results.

Last week's answer was... Brad sang his marriage proposal to Ashley via a rap video.