How did your answer rank in our previous Throwback Thursday poll? Brad broke up Nikki and Diane's cat fight. 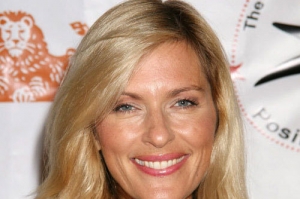 “When will you say yes?”

Let’s take a look back to 1990 this week in Soaps.com’s Throwback Thursday poll when Brad Carlton used an unconventional way to propose to Ashley Abbott…

Cane recently tried to put the romance back into his rocky marriage with Lily. Years ago, Brad set out to make Ashley (then played by Brenda Epperson) his wife by presenting her with a unique proposal. Brad entered Ashley’s office at Jabot Cosmetics, where they argued over Leanna Randolph aka Nora Randall and the possibility of using her as a marketing tool. Brad was on board but Ashley vehemently refused to be associated with her. When Brad cited her rebuttal as a personality conflict, Ashley put a halt to the conversation and ordered Brad away.

Brad agreed to leave but asked that Ashley watch a promotional tape and get back to him as soon as possible with her thoughts. After Brad left, Ashley reluctantly popped the tape into the VCR and was stunned to see that the video was a musical marriage proposal sung by Brad.

Do you remember what type of music Brad’s proposal consisted of? Take part in our poll then leave us your favorite Genoa City marriage proposals and/or soap opera brides in the comment section.