Gerald Ford stepped into office subsequently after Nixon's resignation over the Watergate Scandal. "My fellow Americans," Ford said, "our long national nightmare is over. Our Constitution works. Our great republic is a government of laws and not of men. Here the people rule." He went on to serve office from 1974 - 1977.

Steven once commented that growing up in a political family made it easy for him to make the transition into acting. While he was already used to the public watching him, Steven goes on to say that acting has always been therapeutic to him.

Fans can send their condolences to the CBS Studios to be forwarded to Steven at:

Again, Steven, please accept our deepest sympathy. May you and your family take comfort in our remembrance of a truly great President! 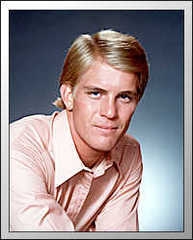 Soaps.com would like to take this opportunity to send our deepest sympathy to the family of the thirty-eighth president of the United States Gerald Ford who passed away at 6:45pm on Tuesday, December 26, 2006 in Rancho Mirage, California.

Some of you may not know this but Ford was the father of former Young and the Restless star Steven Ford who played Andy Richards, Paul Williams best friend and partner, from 1981 – 1987. 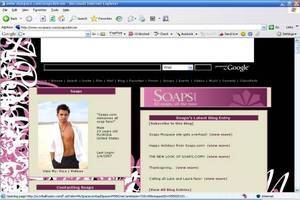