Have a look through Soaps.com's The Young and the Restless 42nd Anniversary Coverage to see photos and videos from the celebration, and then find out who decrypted Y&R's Sharon's interview and more in Soaps.com's Soap Opera Fan Soap Summaries. 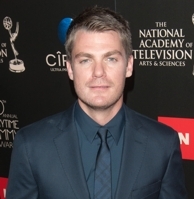 Actor Jeff Branson, who played Genoa City’s Ronan Malloy on “The Young and the Restless,” is set to appear in the Wednesday April 15 episode of CW’s “Supernatural” entitled, “Book of the Damned.”

Branson will play Jacob Styne, a man who shoots Charlie (Felicia Day) after claiming that The Book of the Dead belongs to his family and he won’t rest until he gets it back. Sam (Jared Padalecki, “Gilmore Girls”) and Dean (Jensen Ackles, ex-Eric, “Days of our Lives”) race to help Charlie.

“Supernatural” airs on Wednesdays at 9:00 PM EST. Check your local listings so as not to miss. Jeff Branson announced his upcoming appearance on Twitter:

The Young And The Restless Spoiler Video: Determined