Nail your ass to the wall.
Victor hollering at Christine, and her rather ferocious determination to continue going after Neil and Nikki with guns blazing made for a couple of wild scenes. One highlight was when Christine said the ADA would destroy Neil and Paul asked, "Isn't one life enough?" Ah, Paul... Of course Christine later told Paul that she couldn't have any more children due to complications. A well-worn soap 'go to' that probably elicited as many groans as it did tears.

Dynamite.
Chelsea and Billy are both having doubts about getting married, which at least was some sort of progress in this story. Most viewers are pretty much over listening to Sage rail at Adam, and watching 'Gabriel' find new ways to get Chelsea to talk about Adam. Some of her recollection was a lot rosier than many of us remember. I'd very much like to see Adam's edge return and for him to start making things happen in a bigger way, and with more than just his love life. Billy and Victoria, surprisingly, provided another of those 'genuine' moments as they discussed their situations and some chemistry sprung up between them. Sage, meanwhile, unapologetically did the deed with Nick on the floor of The Underground, which provided for an off-beat scene when they were caught by Sharon. Vote in Soaps.com's Y&R Poll: Sage and Nick. Hot or not?

Charity.
As mentioned in the last Restless Rant, Avery, Joe, and Dylan are another trio caught in a cycle. Judging by their lackluster interactions this week, the three of them are as over it as the viewers. It was interesting that Avery's request for 'Gabriel' to sign off on his charity caused Adam to slip up, and then she later noticed a discrepancy in the signatures. Adam's exchange with Nick was also pretty cavalier as he was not even trying to act like nice guy Gabe from boarding school. His hostility about how Nick treats Sharon showed a hopeful glimmer of the old Adam.

Psychological warfare.
This Scooby Doo storyline just gets more convoluted and far out with each day that goes by. Sharon's been completely dragged into it and is acting crazy again, which for some viewers has already been done to death. There's just too much being pulled out of the proverbial hat in this story - and it's not believable. Are we really supposed to accept that Sharon knew this huge secret about Nick breaking some girl's neck and she didn't even mention it during the custody hearing, but is using it now? If she was harboring this life-changing knowledge all this time wouldn't the Newmans have been a lot more careful about openly hating on her in recent years? Egad. In any case, it's not very plausible that Sharon went to the cabin when she had Faith, killed Austin, and stuffed his body in the closet. In fact the whole murder scenario raises a lot of questions. How did the culprit know Austin was at the Abbott cabin of all places? If they knew, presumably they also knew about the group invitation or followed him and Summer, so why would they choose that time to confront him or do him in? It's not like the killer could have known that Fen would (conveniently!) drug them all to the point of unconsciousness. Sigh. As for Dylan and Sharon, they have potential, but it would be preferable if they would write her as strong as they develop feelings. Notes: Noah punching Kyle was fun, Mariah and Summer arguing was once fun but now is headache-inducing, and we still don't care who killed Austin. Kevin, hurry up and solve this!

Check out Soaps.com's photo coverage of Y&R’s 42nd Anniversary and videos from Y&R’s on set party! 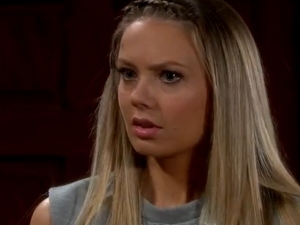 There is a fair bit happening in Genoa City that seems overly-manipulated or hard to believe, so that at times it’s difficult to relate to the characters or be drawn into what they’re feeling. That said, there were a few notable moments that were real gems. Viewers are hoping to see some action soon in the dragging storylines where characters have been doing the same thing for too long. Thoughts:

Jack Abbott’s life will never be the same.
After this week’s installment of Victor in the confessional I’m more convinced than ever that Victor is talking to the Jack lookalike in there. He will no doubt be part of this diabolical plan to take over Jabot and wreck Jack’s life. Speaking of which, Victoria revealed that she had looked behind every firewall and proxy server at Jabot – how exactly did she get access? It’s curious that Victor is doing this since he had already procured Ashley’s formula and was ready to beat them at their own game. Many just aren’t getting Victor’s motivation – it’s not as if Jack had recently made some sort of direct hit on Victor that made him want to retaliate. In fact it was Jack who took the most recent blow when he learned Summer wasn’t his daughter.

Dead.
How nuts was it that Phyllis, Jack, and Stitch all took Victor’s word for it that Kelly was dead, with no one questioning why he would have this information and the morgue photo? Wouldn’t it occur to Ben that if it was legit the family would have been notified? Wouldn’t he try to bring her body home for burial? And how silly for Phyllis to be running around with the morgue photo. Since viewers didn’t really believe Kelly was dead, Ben’s reactions felt forced and the bit with being rude to Victoria was too obviously meant to push him and Abby together. The one nugget in all of this came after drunken Stitch blurted out that he’d cheated on Victoria. When Abby asked for the name of the skanky ho-bag and Ben replied, “It’s your mother,” it was snort out loud funny. Abby was momentarily rendered speechless! Meanwhile, back at the Abbott house, Phyllis and Jack went another round of her threatening to back out of their relationship and him giving a heartfelt declaration of his love. Ugh. So over this. Phyllis needs to be out of that dreary house, back in a sleek penthouse, and back in the game more than ever.

Done pretending.
Speaking of repetition, poor Michael and Lauren seem to be stuck playing out the same scenario over and over. Lauren getting Cane’s perspective was interesting, and later led to a very heartfelt scene when Cane reached out to Lily, but Michael’s cancer story needs to move forward. As for Cane and his contract, some would rather see him and Jill work together to take on a competing business than battle each other, but mostly it would be great to actually see Jill instead of just hearing about her occasionally.

Are you here to gloat?
Another genuine moment was Devon’s appeal to Hilary at the Club. His voice cracked with emotion as he asked why she was still hanging around and essentially torturing him with her presence. It will be interesting to see what she gets up to with the ADA and whether she will muck up what Leslie tries to do to help Neil. 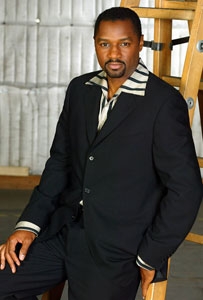 The Young And The Restless Saturday Teaser Poll: Move