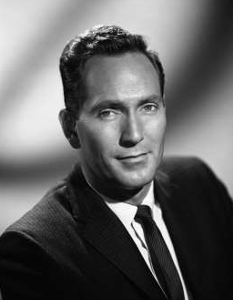 Actor Gregory Walcott (born Bernard Mattox), who played Ralph Olson, the lover of Genoa City’s Katherine Chancellor (the late Jeanne Cooper), back in 1976, passed away at home in Canoga Park, Los Angeles on March 20 at the age of 87.

Walcott had roles in numerous television series and films including “Plan 9 From Outer Space,” “Rawhide,” “Maverick,” “Bat Masterson,” “Bonanza,” “87th Precinct,” and “The Six Million Dollar Man,” but noted after Jeanne Cooper’s passing in 2013 that it was his role as her lover on “The Young and the Restless” in the summer of 1976 that had fans recognizing him in the streets and brought him sudden popularity.

Walcott is survived by his three children and six grandchildren. Soaps.com extends sincere condolences to his family and friends.

The Young And The Restless Spoiler Video: Gloat