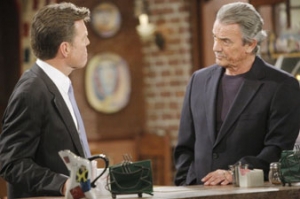 In this week’s “The Young and the Restless” Throwback Thursday Soaps.com takes readers back to 1993 when Jack Abbott thought he was seeing a ghost when in fact it was Victor Newman very much alive…

Victor is currently going to great lengths to take Jack down, which is no surprise considering they’ve been rivals for decades. Years ago, Jack thought Genoa City had finally been rid of Victor until he appeared alive and well. Jack had just placed a call to Nikki making plans to meet the following night in hopes of salvaging what they once had. After he hung up, Jack took a swig of his drink then was stunned by the sight of Victor.

Jack rubbed his eyes, believing he was seeing things and screamed, “Stay away from me!” Victor assured him he wasn’t a ghost but rather he was back and had plans – ones he refused to discuss with Jack right away. He ordered Jack to continue playing head of Newman but warned he’d be hearing from him soon.

Do you remember where Jack first saw Victor? Vote in our “Y&R” poll and share your favorite Victor/Jack storylines in the comment section below. 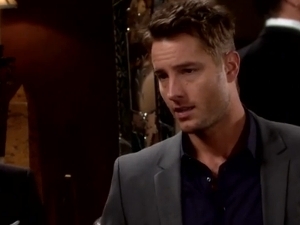