Repaying my debt.
The whole fire in the high-rise tower story was also like a dream... a bad one. First, there was no fire alarm, Chelsea just smelled smoke, and then Billy passed out but Connor didn't. Then Adam rushed back in to save Billy while the firefighters stayed outside. Why did they let Adam go back in but stop Chelsea when she tried? Gah. Inside, Adam said so many things alluding to his true identity that it was like he was hoping to be found out. Back outside, he inexplicably risked alienating Chelsea by remarking that Victoria and Billy looked like they belonged together. Chelsea didn't even question him saying such a thing to her. Victoria, for her part, hung around and clearly wanted to be the one rushing into Billy's arms, but no one cared because there's just no chemistry with this version of Billy. It all ended up with Adam's bullet wound being noticed by Billy. Adam's identity isn't going to stay a secret for long at this rate.

A weird feeling.
Ashley getting a weird feeling when she was introduced to Gabriel/Adam was a fleeting but favorite moment of the party at The Underground. Other highlights included Phyllis loudly dialing Jack in and then storming off, Victor (finally!) realizing Nikki was drunk, Joe provoking Dylan, who hit Avery in the ensuing melee, and of course Jack having sex with Kelly in the storeroom and then Ashley realizing it and confronting him. His behavior was so incredibly off! The Underground later collapsed leaving certain characters strategically trapped together. Amidst the rubble, Sage lamented her lack of a life, which put that damsel-in-distress glint in Nick's eye and they shared a dusty first kiss. Elsewhere in the debris, Nikki, still a little unruly from the drink perhaps, encouraged Phyllis to bang on the pipes, while Victor saved Jack so he could live to be tormented another day. Joe was trapped under metal, but passed the time trying to take Avery on another trip down memory lane, which officially got 'old'. Avery needs to just go to bed with him so we can move forward. Anyway, Super Dylan came on the scene to help Nick and everyone got out but Victor and Jack, who will no doubt miraculously appear next week, probably with Victor carrying Jack on his shoulders or something. Over at Crimson Lights, Avery turned her attention from Joe when Dylan stuck up for Sharon. She was ticked and wasn't about to let it go. Nick surprised many by apologizing to Sharon after his dressing-down by Dylan. It will be interesting to see if an Avery/Dylan/Sharon triangle comes about, and if so, whether Joe and Nick will be factors.

Things have certainly been hopping in Genoa City with several disasters occurring simultaneously. While it’s enough to keep viewers riveted to the screen in either delight or disbelief, it leaves one wondering where the soap will be when the dust settles. Something concerning that developed this week was a growing list of inexplicable occurrences and the worry of how they might ultimately be explained. A “Y&R” viewer on Twitter may have summed it up best with this tweet:

Is this "The Young and the Restless" or "The Twilight Zone"? #YR

Jack suddenly ravishing Kelly in a storeroom? Mariah suddenly sticking up for her nemesis, Summer? Neil hovering over Hilary instead of madly searching for Lily, the daughter he dotes on? Sharon suddenly behaving scattered and unstable again after showing nothing but strength even in the face of the DNA swap reveal? Abby and Austin? Fen drugging the punch after totally going clean? The list goes on. Viewers are worried that the explanations for these plot points will be equally wacky. Be sure to let Soaps.com know if you’re loving or hating the February sweeps storylines, and tell us what you think is going on in the comment section. Thoughts:

Bang the billionaire.
As said in last week’s Restless Rant, there is nothing better than a story blowing up this big, and viewers seemed unanimously thrilled with Neil’s big reveals and the ensuing confrontation scenes on the plane. Some commented that Jill could have been a little less vocal considering she boinked Jack while married to John back in the day. Hypocritical? For sure, but some could say the same of Neil, who cheated with his brother’s wife and knocked her up. And that’s just one example of him cheating. Anywho, just as we began to wonder if Neil was packing a bomb in his briefcase, a storm brought the plane down in a freezing snow-laden forest. This put a bit of a damper on Neil’s revenge drama, but the issue certainly wasn’t dropped altogether. Neil and Devon almost seemed to compete over who would care for the trapped and injured Hilary. Neil was so intent, in fact, that he barely blinked an eye over Lily being missing, which didn’t ring true for viewers. Ultimately, Devon decided to ‘do penance’ as Jill called it, by striking out alone to get help, but self-sacrificing Neil beat him to it. On the whole, the reveal of Devon and Hilary’s affair has turned out to be fantastic entertainment featuring terrific performances. Vote in Soaps.com’s Y&R Poll: Will Lily forgive Cane?

A cover-up.
Essence of Ashley’s love potion came to mind when the hand was seen dumping the contents of a vile into the punch in the cabin. That was pretty much when the guessing began, as absolutely nothing after that point has made sense. Mariah sticking up for Summer? Courtney agreeing to a cover-up? Kevin admitting he’s the author of the fan fiction and the events at the cabin mirroring his story? Abby and Austin had a thing behind Summer’s back? Austin’s body gone missing? All questions, no answers. Theories abound on what is actually happening – an elaborate murder mystery set-up, or perhaps a dream or hallucination? Is Austin even really dead? Does Austin have a doppelganger? Sigh…

The Young And The Restless Spoiler Video: Broken 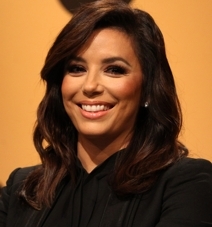