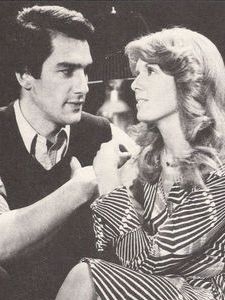 In this week’s “The Young and the Restless” Throwback Thursday Soaps.com takes readers back to 1977 when Peggy Brooks was attacked and raped by Ron Becker…

These days, Adam wants Chelsea back and the life they had together as a family with Connor. Years ago, Peggy wanted a life with Jack Curtis (played by the late Anthony Herrera) until the unthinkable happened. Jack’s wife found out about the time he’d been spending with Peggy and threw him out. He desperately tried to contact Peggy to tell her they could finally be together. Little did he know, she’d arrived at her sister Chris’ apartment and was attacked and raped. Chris, a victim of rape as well, learned what happened to her sister, who’d been a virgin. Though she could understand Peggy’s feelings of shame, she convinced her to file changes.

Peggy braved it through a police lineup and pinpointed Ron Becker as her rapist. Chris was stunned, having worked as Ron and Nancy Becker’s social worker during a spousal abuse case. Though he vowed to be innocent, claiming he had no idea where Chris lived, he was arrested, went to trial but couldn’t be proved guilty beyond a reasonable doubt. However, someone later came across something that proved his guilt.

Do you remember who and what made Ron appear guilty? Vote in our “Y&R” poll and leave your thoughts on which past characters you’d like to see return to Genoa City in the comment section below.

The Young And The Restless Spoiler Video: Arguing

The Young And The Restless Spoiler Video: A Gun!