Perfect timing.
Neil played right into Gwen's hands by telling Devon he and Hilary are trying to get pregnant. Devon was fuming and ready to act out. They've totally skated around this issue, but how could Neil think they were going to get pregnant if they haven't been intimate, and if they have been, how could Devon be okay with Hilary doing that all along? Pretty unsavory stuff to think about for sure. The storyline seems to be heading for Neil to regain his vision and keep it a secret while he does who knows what with regard to Hilary and Devon. It's anyone's guess if he already knows, or will find out and ensnare them. Here's what we know - it's going to be ugly for the whole Winters family. Don't forget Cane knew about the affair and didn't tell Lily or Neil. That has to come out too. Vote in Soaps.com's Y&R Poll: Devon's love life.

Fight dirty.
I think Faith might be onto something with giving Sharon and Nick a 'push'. The more they spend time peaceably with their kids, the more ridiculous a custody battle in court becomes.

Walls up.
Kevin seems to have Mariah's number - she's kind of a textbook case of a person who self-sabotages their own happiness due to past pain (though no one could blame her for feeling put out when her family kept going on about Cassie). They really are building something between Kevin and Mariah with immense potential - it's the best thing to happen to Kevin since Jana, and about time. As for Summer finding out that Mariah had kissed Austin, many didn't feel anything much about it because Summer's been such a petulant character and they're a boring couple. It was cringe time, however, when Summer told Abby what had happened. Here we go...

As the Jabot lab turns.
Over at the lab this week, Ben seemed to be just a tad miffed at Ashley getting flowers from Joe, which twigged Abby's radar. Abby later stole a few drops of the love potion. Is she working for Victor or will she use the drops for herself - or on Billy and Victoria? Share your theory below. 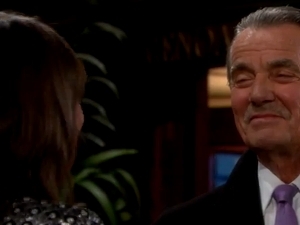 Several storylines are definitely showing signs of more intricate and interesting writing. Here are my thoughts on this week’s episodes of “Y&R:”

Held hostage.
The reveal of Sage and Gabriel being married was a fun development and also explained what stake Sage had in helping Adam pretend to be Gabe. The other nugget was that Sage loved Gabriel, and he died right after they were married trying to save Adam, making the Adam/Sage dynamic even more twisted up. Further complicating things is nosy ol’ horndog Nick Newman, who not only has the hots for his ‘Angel of Mercy’ Sage, but in a super-annoying turn of fate for Adam, knew Gabriel from school and therefore has the potential to upset the apple cart. As if Adam needed another reason to dislike Nick. Too funny!

Something between them.
Billy and Chelsea once again spent the best part of the week bickering and then making gestures to reassure each other (and themselves?) that what they have is real. Billy prickled at finding ‘Bingham’ in the penthouse – it is a little suspect how he keeps popping up around Chelsea. Oh, and Adam took Connor’s toy car and spirited it back to the Bingham mansion to fondle while he considered his next move (which had better come soon what with Connor calling Billy daddy – ack). Billy also had a candid conversation with Jeffrey, who is simply amazing at being blunt. He doesn’t get enough credit. Hehe. As for Adam’s next move, something tells me he might have an opening to get Chelsea’s attention via Sharon now that they will be working together.

Selling us out.
Throwing Victor into the center of the development deal storyline successfully upped the ante. The reveal that Victor was behind Gerolomo certainly lit a fire under Dylan. The word ‘crusader’ comes to mind… It drove Nikki to drink, as Paul feared, which gives him two reasons to be pissed at Victor. All the people coming down on Victor could end up with egg on their faces, however. Victor’s insistence that he’s doing good and that Dylan reacted before getting the facts, were clues that there is more to the story. Not to mention several mentions of Gerolomo being the patron saint of orphans. Victor will certainly have his hands full as he deals with this fallout, tries to steal Ashley’s formula, and has to fight off Cane and Jill. Two questions – Why wasn’t Jack at the Club when Victor was outed? Missed opportunity! What is Colin’s deal? He is investing in Victor’s development while urging Cane and Jill to plot a coup against him.

Marry me…now.
Avery suddenly wants to marry Dylan immediately and no one is supposed to think it’s a reaction to being alone in a room with bad boy, Joe. Okay then.

Desperate and pathetic.
Well, Phyllis lured Kelly to Jabot and they had another go ’round of ‘Mean Girls’. They each made good points – Phyllis confronted Kelly about not accepting that Jack had moved on, and Kelly challenged Phyllis’ confidence in her relationship – why is Phyllis so worried about her? Jack showed up in time for Kelly to claim Phyllis had slapped her. Do you think she did? Jack later made a foreshadow-y remark to Phyllis that the only person who could take away what they have is her. Ooo. It could be true if she keeps obsessing over Kelly, who as noted in last week’s Restless Rant is surprisingly unflappable and somewhat sinister, and may even be a teeny bit psycho. 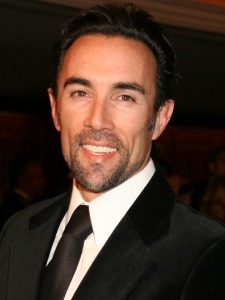