Also, vote in our Throwback Thursday poll surrounding B&B's Blake Hayes and Margo MacClaine and read Soaps.com's Primetime Dish for details on all of the CW Network renewals. 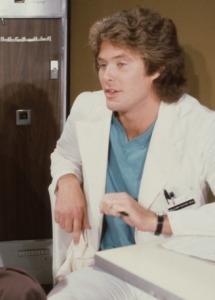 Pitching in as a family.

In this week’s “The Young and the Restless” Throwback Thursday Soaps.com takes readers back to the mid 1970s when the Foster family all pitched in to help out after their patriarch left them high and dry…

Many of the Newmans and those close to the family are furious with Victor for his latest underhandedness. Years ago, the Fosters had to pull together when one of their own jumped ship. William Foster Sr. had abandoned his family, leaving his wife Liz struggling to support herself and their children on her wages as a Chancellor Industries factory worker for several years. To make ends meet, Liz took on extra duties and helped with some of the housework at the Chancellor Estate.

William Foster Jr., who couldn’t stand carrying around his father’s name, began going by the nickname Snapper and helped out as well. He put himself through medical school and made it possible for his brother Greg to enroll in law school. But his paternal instincts didn’t stop there… He also kept a watchful eye on his little sister Jill, who did her best to contribute from her earnings as a shampoo girl and manicurist at Hazel’s Salon.

Do you remember why William was nicknamed Snapper? Vote in our “Y&R” poll and feel free to discuss some of your favorite storylines and/or past characters in the comment section below.

The Young And The Restless Spoiler Video: Denial 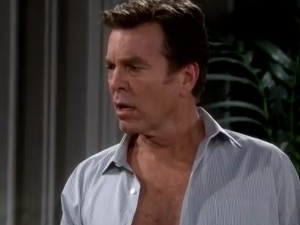