The best fun was found over at The Underground party, where despite Summer having to 'reassure' Austin (please send these two somewhere far away) and Devon brooding over his phone, Kevin entertained everyone with the story of Harding's pet bunny, and the comic relief continued courtesy of Abby's date, Lars, who only seemed to know two words in English - "Shots, yes?" So funny. There was also an 'ouch' moment when Noah blurted that there was no marriage in his future in front of Courtney. I'd say that relationship is coming to an end soon. About time! Things only improved at midnight as Kevin and Mariah shared a shot and a kiss - love these two still! - and uber-masculine Harding surprised all of us, not the least Abby, by grabbing her and stunning her with a knee-wobbling kiss. Super hot, and wow, he also did the impossible by rendering Abby speechless!

Old pirate.
Hilary went into a sulk when Devon showed up at Neil's with Gwen. So ready for this to break wide open as it just gets more unbelievable - anyone paying the slightest bit of attention would notice Devon and Hil always going to the kitchen at the same time. Yeesh. Thank goodness for the comic bit with the twins mistaking resolutions for revolutions, and the talk about Cane wanting to go back to Chancellor. Colin later encouraged Jill in the same direction and it looks like a go. As I said in last week's Restless Rant, bring it! Much of the rest of the episode felt like filler, though a bit of tension was established between Victor and Dylan, and Reed was cute telling his grandparents Ben stayed the night. Some resolutions were made - some predictable, others, like Jill's rather exciting. The stuff with Michael just seemed to be dragging out the storyline - we feel the emotion, the fear, because they're beloved characters, but how many times are he and Lauren going to have the same conversation about him getting treatment?

Insane and dangerous.
Adam kept up the pressure on Jack, who seemed about ready to explode between dealing with him and his warring women. Phyllis is convinced that Kelly is conniving and manipulating and she may not be far off. Even Ben was looking at Kelly like she was a teeny bit delusional. Over at Sharon's, she left a house full of crazy kids to head to mediation. What's up with the otherwise easygoing and sweet Noah being dead set against marriage? Maybe it's a consequence of growing up on a parent-go-round. Over at mediation, Nick softened and reached a compromise with Sharon, only to have it all undone by David Sherman. This seemed a tad contrived, as they could have easily silenced him. Anyway, it's off to court they go. At the station, Mariah checked in on Kevin, who had an alluring new dark side. Such good scenes with this pair. Finally, at the Bingham mansion, Adam was outed as an imposter by Constance, who conveniently died right after, but his relief was short-lived as he soon was stunned by some new information - Gabriel is married to Sage! Interesting twist. Should they make it work or split? Vote in Soaps.com's Y&R Poll: Adam/Gabriel's love life. 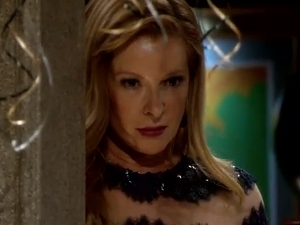 Genoa City for the week of December 29 – January 2:

The New Year’s Eve parties made the week on “Y&R.” Episode breakdown and thoughts:

Big brother.
The whole deal with Adam putting Jack between a rock and a hard place is actually fairly compelling and makes us feel for him, but having Adam parroting the party line ‘Billy belongs with Victoria’ was disappointing. Adam wouldn’t give a rat’s ass about who belongs with who, and that goes for Jack and Phyllis too. As for Adam ‘doing whatever it takes to get Chelsea back’, it appears there’s little choice but to try and ride the wave here, even if you consider Chelsea being his ‘great love’ rewritten history. Also difficult for many was feeling something when Billy and Victoria reminisced at her house – it’s just too different. At Crimson Lights, Chelsea and Ben had a weird conversation in which she tried to bond over them both being cons. Odd. Elsewhere, Lily told Devon that if not for Hilary, Neil would have drank. It might have been more interesting if Lily had decided to blame Hilary for his temptation to drink instead; perhaps wonder why she’d been so distracted. Neil, meanwhile, took Phyllis of all people into his confidence – another ‘what the hell?’ bit of writing – and Hilary took advantage of Neil’s blindness to dupe him into believing she had ditched her birth control pills. Are we supposed to end up feeling icky about everyone in this triangle? As for Nick ‘recognizing’ Adam as Gabriel from the academy…ack. Check out Soaps.com’s Year in Review and vote on some 2014 Soap Opera ‘What the Hell’ Moments.

Like the angel?
Is anyone else worried about Jack’s blood pressure? Between the Adam drama and the worry about a Phyllis/Kelly clash his stress is palpable. Phyllis and Summer shared a close mother/daughter moment over the New Year’s dress, which was okay, but sort of ‘take it or leave it’ mostly because Summer’s been so whiny and unlikeable. Anita ran into Adam, and so did Chelsea later. Neither of them recognized his body or his voice. Sigh. Stitch, meanwhile, was relegated to being a glorified nanny for Billy and Victoria, who insisted on taking Katie to Urgent Care to see someone probably less qualified than Ben himself. Meanwhile, Avery was way more concerned with what Joe was doing at the Club than with Dylan, and clearly we’re supposed to assume that she’s still carrying a torch. So will she end up cheating on Dylan with the man she cheated on with Dylan? Will anyone care if she does? Phyllis running out of gas was fun and left us wondering if Jack would fall in love with Kelly again by the time Phyllis and her dazzling new shoes made it to the Club from ‘the middle of nowhere’.

Shots, yes?
Well, the New Year’s Eve episode was worth the price of admission this year – all sorts of things going on and unexpectedly entertaining! Where to start? Paul overhearing Nikki confess to drinking and agreeing to keep quiet immediately put a wall between them and their spouses, even as Nikki and Victor had, hilariously, just promised to be transparent with one another. Paul looking over at Nikki as Chris declared 2015 to be ‘their year’ was an indicator of trouble ahead. At Vikki’s, she apologized to Ben for not listening to him about Katie and they made love. Some would rather see him as Ashley’s number one than Victoria’s back-up man. Highlights at the Club New Year’s Eve bash included Phyllis declaring war on a surprisingly unflappable and rather sinister looking Kelly. This was good fun, as was Phyllis’ run-in with Christine, who smoothly delivered the line about Phyllis not being behind the wheel of the car. Adam schmoozed Chelsea, riled Jack, and later watched as Billy kissed Chelsea at midnight. Ol’ dry as toast Billy decided he didn’t like ‘Bingham’, so there’s animosity brewing there, but yeah…it’s tough to get fired up about this rivalry given that there’s little doubt as to who will come out on top. Finally, there was Neil peering at the blue screen on Hil’s phone. In real life, he’d be too excited to keep this news from his family, but in soap life this is the perfect set-up for him to discover Hilary and Devon’s deceit. 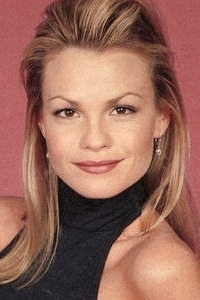 The Young And The Restless Saturday Teaser Poll: Seduced