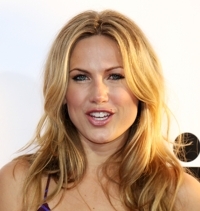 Former “The Young and the Restless” actress Vail Bloom, who played Genoa City’s Heather Stevens, debuted on the reality series “Vanderpump Rules” last night on Bravo. She is the newest hostess at the SUR restaurant, run by Lisa Vanderpump of “Real Housewives of Beverly Hills” fame. The series follows the escapades of Vanderpump’s staff at the West Hollywood eatery.

Since her departure from “Y&R,” Bloom has appeared in “Hollywood Heights,” “Castle,” and “Aspen the Series.” She also has a movie coming out in 2015 entitled “Too Late,” which co-stars Rider Strong (“Boy Meets World”).

Get a peek at what’s ahead by viewing the Y&R Holiday Spoiler Video: Your Favorite Things, and then find out who hit on Y&R’s Lily and more in Soaps.com’s Soap Opera Fan Soap Summaries.