Soaps.com Touches Base with The Young and the Restless’s David Lago!

Soaps.com: What do you remember about Raul, and has he changed at all?

David: He's a good guy, but he's not so much of a pushover anymore. That was one of his things in the past - he was such a good guy - we did see him get in fights and get upset, but it was always for protecting somebody or something. He still has that, but he's hardened a little bit, you know? He's a stronger character now. I think a lot of that comes with where I am in my life now - it has been five years - I, personally, have gone through more stuff in my life and can apply those changes to this character, in the way I portray him. It's all timing.

Soaps.com: Since we're getting to know you all over again, let's talk about you - what kinds of things do you do in your time off?

David: I write movie scripts [David has a production company called Lago Films], and poetry, I work out, I read, I play music - I play drums, guitar, and I like to sing. I'm in a band - there's just two of us guys - we haven't had a chance to play lately - but we're just in an eternal band, whether we don't play for a year or two, it doesn't matter, we know we're still in that band forever! [laughs] I karaoke too, but I'm a pretty mellow person, I just like to hang out with my family and/or friends - I'm pretty much a homebody.

Soaps.com: In honor of your return, we dug out your Daytime Emmy award acceptance speech and posted the video clip. It wasn't traditional, but I loved it! Did you really take some flack over it not being a traditional thank you speech?

David: The thing is people didn't know the story, people still don't know the story, and as we said earlier, you can't safely assume anything. So people were making up their own stories in their heads and they didn't really know me - they were just assuming that it could be taken in a kind of ungrateful way, that I wasn't saying thank you to anybody. I'm like, "No, you guys don’t know me!" Even the people who were my employers and my friends, my co-stars on the show, they were laughing - they knew me. They 'got' it. [sighs] It made sense to me at the time.

Soaps.com: I hope Y&R will write some material for you this time that might give you another shot at a Daytime Emmy.

David: Me too. The scripts look great, the writing's great. I've always commended Y&R on their stories and their writing - I love it! They're #1 for a reason, and I'm honored to be a part of it, and to have been asked back - I'm very flattered and humbled by it.

David finished our chat by giving a shout-out to his loyal Canadian fans who have kept writing to him throughout his time away from Y&R, and noted that he hopes to get out and meet some of his fans face-to-face in the not-to-distant future! David told me his first airdate as Raul is set as May 22, although the Y&R website has it listed as May 1 - so stay tuned! Do you think Raul should stick around in Genoa City? Leave your thoughts below! 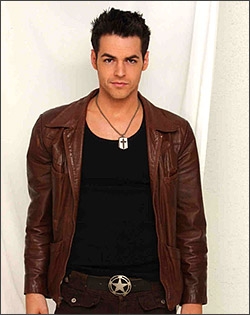 Soaps.com was thrilled to hear the news that talented actor David Lago had been asked to reprise his role of Raul Guiterriez on The Young and the Restless! Soaps.com immediately got in touch with him to find out what he’s been doing, and to grill him about the comeback. Although David had to keep ‘mum’ on most of the details, Soaps.com had great fun trying to get a few crumbs for its readers!

Soaps.com: You’re coming back – great news! What have you been doing since you left?

David: Yes, I am! It’s pretty exciting. It’s been about five years [since the previous stint] and in that time I jumped into the independent film world – every aspect of it – writing, producing, and acting, whether it was short films or full-length feature films. Some went to DVD, and some are still in post [production], and I’m expecting them to do well. So I definitely got my film experience, and kept sharp. Then, all of the sudden I got a call to do a play [Catonsville 9] in the theater with some of the cast of Y&R – Judith Chapman [Gloria], Christian LeBlanc [Michael], and Emily O’Brien [Jana] – and I jumped at the chance – was very excited – I had never done theater before!

David: I loved it! I actually kind of became addicted to it, and us four created our own little theater gang. [laughs] We’ve been going to different plays and watching theater productions together. It’s just been an amazing experience, and we’re all going to continue to do it.

Soaps.com: What happened when Y&R called you? Were you surprised?

David: I got a call from Maria Bell. They were nice enough to call me personally, and I was very, very flattered; very excited to be asked back. I felt very appreciative toward Maria and her family – the Bell family gave me my break in the first place, and I won the Emmy for them. For them to bring me back like this just blew my mind – I jumped at it. It did catch me off guard – it came out of the blue I guess. [laughs]

Soaps.com: There was a rumor that you were up for a role on General Hospital – was that true?

David: I had auditioned for the role of Dante back in October [2008]. The rumors that I got it – all these rumors started before I had even gone in to audition! [laughs] I did go in and audition, but I was not contacted, and then Y&R contacted me early in the new year.

David: Yes! My first tape date was Thursday [April 16] and it went well – I think. [laughs] You never can tell!

Soaps.com: Can you tell me who you were sharing scenes with? Is the old gang is back together? Obviously Raul would interact with Billy and Mac.

David: [laughs] I’m not gonna’ tell you![David gives in] I do run into the whole gang, Billy and Mac, it’s a nice reunion moment.

Soaps.com: Any word on how long the run will be for Raul this time?

Soaps.com: Have they given you any backstory about where Raul has been and what he’s been doing?

Soaps.com: Raul went away to University when he left Genoa City – to Boston, on a scholarship. So can we safely assume that…