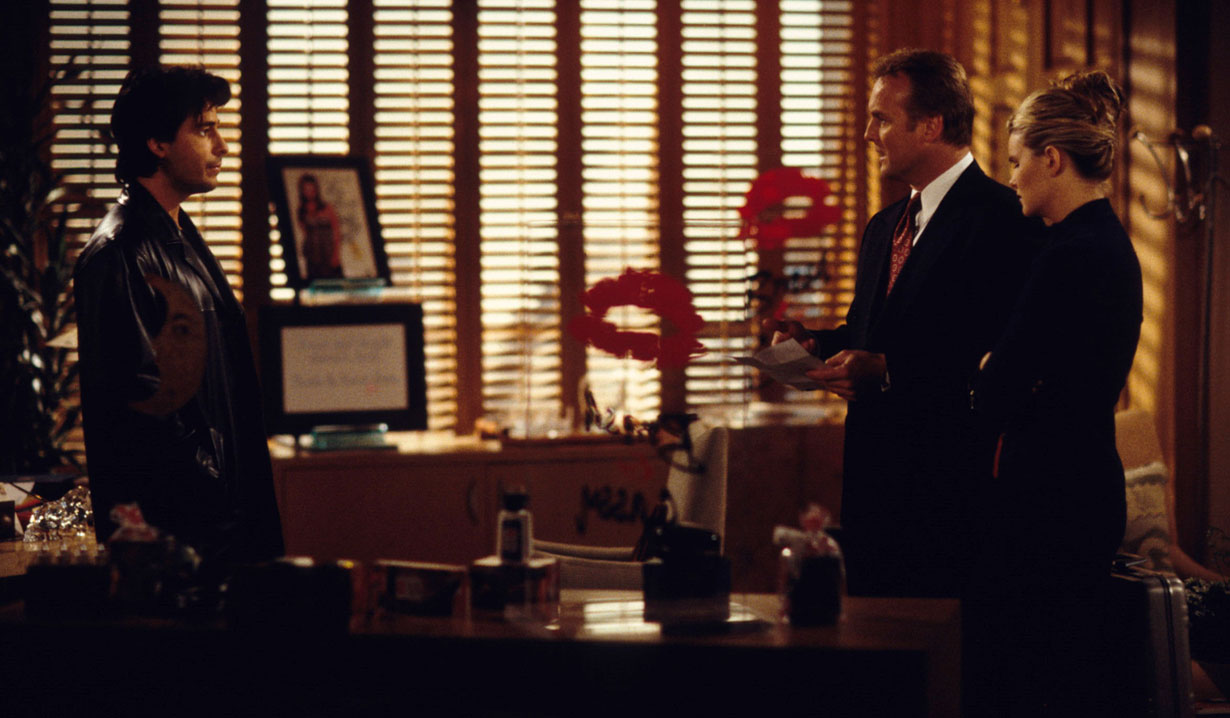 In this week’s “The Young and the Restless” Throwback Thursday Soaps.com takes readers back to 1999 when Gary Dawson stalked and kidnapped Victoria Newman…

These days, many are trying to protect Nikki Newman from Ian Ward. Years ago, Victoria didn’t realize she would need protection as well. Victoria had finally faced the fact that she and Cole, who’d ended his marriage to Ashley Abbott and moved to Oxford, didn’t have a future together. She decided to put all of her energy into her new Brash & Sassy line at Newman Enterprises. It wasn’t long before she attracted the likes of a secret admirer. Victoria put the overtures aside, still unaware of who her admirer was, and became attracted to a shy Newman employee.

Gary Dawson, a new marketing expert, caught Victoria’s eye and they soon started dating. It wasn’t until she saw photos of herself, including the nude magazine centerfold, plastered all over Gary’s bedroom wall that she realized he’d been the person trying to seek out her attention. His actions were anything but harmless and the stalker in him made Gary act out. He kidnapped Victoria and tied her up, but eventually her brother Nick and Paul Williams located and rescued her.

Do you remember where Paul and Nick found Victoria? Vote in our “Y&R” poll and feel free to share your favorite past storylines in the comment section below.