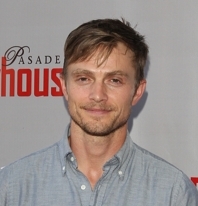 Actor Wilson Bethel, who played Genoa City’s Ryder on “The Young and the Restless,” has signed on to join ABC’s “The Astronaut Wives Club” television series as a regular, according to Deadline. Bethel will play the role of laid back astronaut, Scott Carpenter, the husband of Rene, who is played by actress Yvonne Strahovski (“Chuck”).

As there are no scheduling conflicts, Bethel will remain with the cast of CW’s “Hart of Dixie” as Wade and will also be writing a drama for CW under an existing development deal. “The Astronaut Wives Club” is slated to air in spring of 2015.

Read Soaps.com’s Y&R Restless Rant weekly blog for thoughts on Paul’s interrogation of Dylan, and then find out what Y&R’s Chelsea said in her sleep and more in our Soap Opera Fan Soap Summaries.