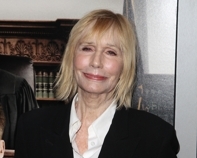 Sally Kellerman’s character, Constance, will first be seen on November 13.

According to TV Line, Sally Kellerman has been hired by “Y&R” for a multi-episode arc as Constance Bingham, who will first appear in Genoa City in November. A casting call had previously gone out for the character, calling for an actress to play the recurring role of a 70 year-old character named Constance for five episodes. This sweet, old-fashioned grandmother is wheelchair-bound but still alert and active. The role is scheduled to start taping on October 8.

Sally Kellerman has dozens of television and movie credits over her career. She is best known for her TV roles on “Bonanza,” and more recently, “Chemistry,” and “Unsupervised,” and movie roles including, “MASH,” “A Little Romance,” and “Back to School.”

Read about ex-“Y&R’s” Luke Kleintank in The Man in the High Castle, and then get Boardwalk Empire spoilers, and more in Soaps.com’s Primetime Dish.