The Young And The Restless Interview: Tom Hallick

Soaps.com: So how did you leave the show?

Hallick: I was real hot then, and I didn’t know networks would do this, but NBC kept coming at me with these offers. By the time I left, CBS was negotiating with me to stay and NBC was negotiating for me to go. They [NBC] just paid me more money. It was a nighttime development deal and from the minute I got there it was musical executives. They were all getting fired or losing their jobs, or were more concerned with keeping their jobs than finding Tom Hallick a series, so that lasted a year and then as a consolation prize they gave me "Days," which I did for a while, and which I hated. That’s how I left. Brad didn’t get killed, and I didn’t get replaced. They talked about him, I guess, for about a year, and that was it.

Soaps.com: You’ve worked on numerous shows over the years – do any stand out for you?

Hallick: I just love to work. Everything else was a breeze compared to doing a soap. My background is theater. I’ve done 105 plays. I did one show, “Same Time Next Year” with Burt Reynolds down in Florida – it’s two people on stage for two and a half hours. I figured if I could do that, I could do anything. That show is very poignant… I only did it for seven weeks. After seven weeks, every day you’re finding something new (laughs). When the seven weeks were over, I was ready to do it for a couple years. But then it’s all over and you start on something else. That’s showbiz.

Soaps.com: If you were asked back as Brad, or as someone else, would you be open to doing a soap opera again?

Hallick: Well, I wouldn't want to do all that...when they learn I can do all that dialogue and play the piano and do everything else, then they write it all in, but I don’t think they’d ever do that again, especially for a senior citizen (laughs). Yeah, I wouldn’t mind going back for a while. I’d give Victor Newman (Eric Braeden) a run for his money (laughs).

Soaps.com: Will you be watching your episode tomorrow?

Hallick: I will be watching tomorrow.

Soaps.com: We will be too.

Hallick: It’s very brief, so don’t go to the bathroom or you’ll miss it!

Watch the Y&R Welcome Back To Tom Hallick video, and then vote in our Y&R Throwback Thursday Poll: Nick's Cellmate, The Wartman. 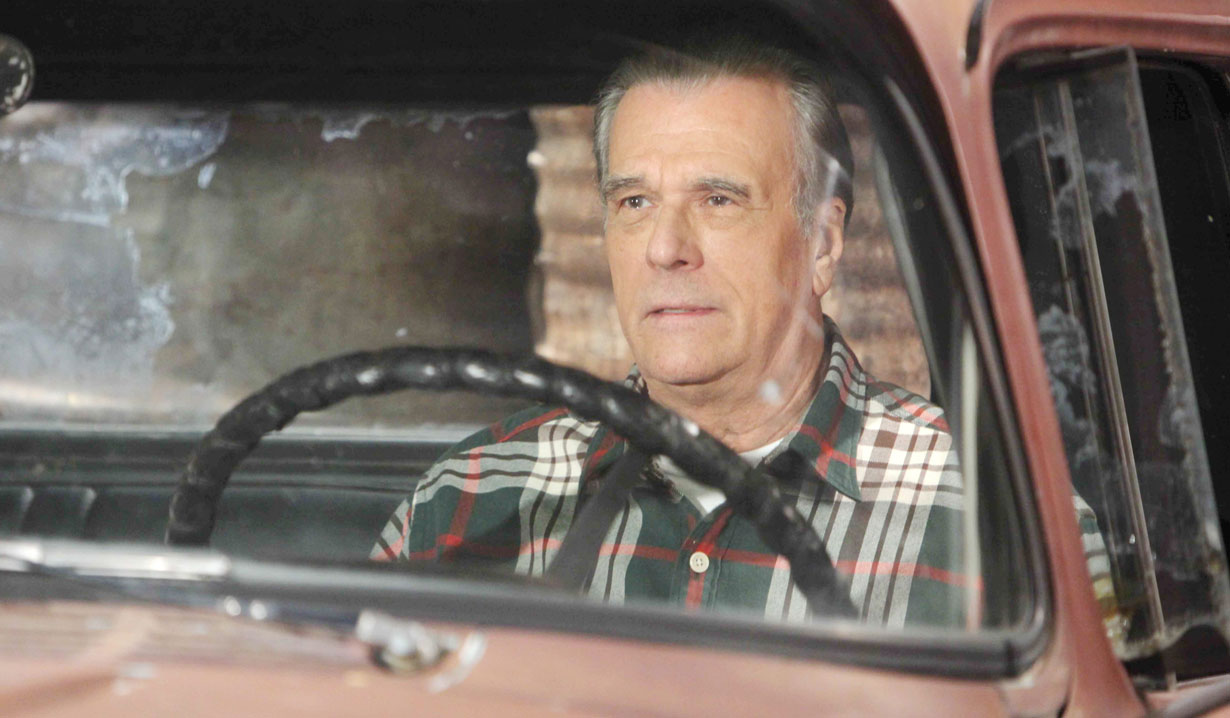 Soaps.com had the pleasure of chatting with the charming and witty original “Y&R” cast member, Tom Hallick, ahead of his appearance on September 26 as the truck driver who gives Phyllis (Gina Tognoni) a lift back to Genoa City. Hallick dished on how things were different back in the day, what it was like to be on set, his friendship with the late Jeanne Cooper, and whether he’d come back to daytime.

Soaps.com: Are you all ready for your episode tomorrow?

Hallick: (laughs) Well, I’m just waiting with bated breath. It’s a lot different from when I used to do 40 pages a day. Back then we weren’t allowed to make any mistakes. We were live on tape as they cracked the whip. We would have some actors come on from nighttime that were big stars, for like a two-week courtroom scene or something, and we’d have to fire them after two days and replace them because they couldn’t do the dialogue. We were doing 40 – 50 pages a day.

Soaps.com: Were you surprised to be asked back to “Y&R” after all these years?

Hallick: Yeah, I was really. I thought they’d forgot all about me.

Soaps.com: You were asked back to essentially re-create the first scene from the show, with you as the driver of the truck rather than the passenger this time around. What did you think of that idea when it was posed to you?

Hallick: I thought that was kind of cool. I’d like them to bring the truck driver back every once in a while. That’d be nice.

Soaps.com: Was everything different from when you were on the “Y&R” set before?

Hallick: No, it was exactly the same. It was like I’d never left. They put me in Jeanne Cooper’s dressing room and that was nice. Jeanne and I were old friends. Back then we’d go to her house for Thanksgiving dinner and Corbin and Colin would be throwing chairs at each other and fighting when they were kids (laughs), and Jeanne and I did the national tour of “Plaza Suite” together all over the country, so we were old friends. There was no one else there that I knew.

Soaps.com: How was the experience of shooting your scenes?

Hallick: It was nice! Just another job, really, but you know what’s funny? The truck we used…they used that same truck on “Dancing With the Stars” Monday night. I recognized it right away.

Soaps.com: Your original “Y&R” character, Brad Eliot, left town. What can you tell us about him?

Hallick: After a while they don’t know what to do with you (laughs) so Brad went blind. It was great because I could just stare out and read the cue cards; it was wonderful, the best year of my life.