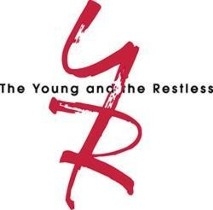 Former “All My Children” head writer, Chuck Pratt, has been hired as the new head writer at “The Young and the Restless,” and will also receive an executive producer credit, although Jill Farren Phelps will continue to run the show. Pratt also helmed daytime soap operas “General Hospital,” “Santa Barbara,” and was the co-creator of “Sunset Beach.” Daytime Confidential confirmed the initial rumor by Highlight Hollywood that Pratt, who wrote for primetime series such as “Melrose Place,” “Beverly Hills 90210,” “Desperate Housewives,” and “Ugly Betty,” was negotiating a deal with “Y&R.”

There is no word yet on when Pratt’s Genoa City stories can be expected to be seen on air. Soaps.com will update with further information as it becomes available.

The Young And The Restless Spoiler Video: So Unhappy

The Young And The Restless Saturday Teaser Poll: Suspicious