Helen Slater To The Young And The Restless 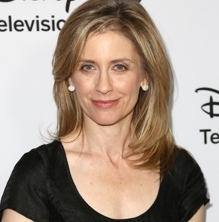 “Supergirl” actress, Helen Slater, is set to appear on “Y&R,” according to TV Guide. Slater will do a guest arc in Genoa City as an OB/GYN doctor named Dr. Chiverton beginning May 2 for at least five episodes. There is no word on which character she’ll be treating, though it may not be the obvious one, Lauren Fenmore (Tracey Bregman), who currently thinks she’s with child.

Slater also had television roles in “Smallville,” “The Lying Game,” and the film “Ruthless People,” to name a few.

Read about ex-“Y&R’s” Michael Gross to Suits. Get Star-Crossed spoilers and much more in Soaps.com’s Primetime Dish.