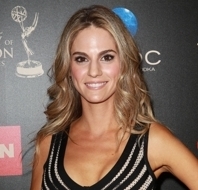 Kelly Kruger, who played Genoa City’s Mackenzie Browning in 2002 – 2003, is set to appear as a guest star on ABC’s “Castle.” Kruger will play Laura Westbourne, the girlfriend of a murder victim on the Monday February 24 episode entitled, “Room 147.”

Since leaving “The Young and the Restless,” Kruger has appeared on other primetime television series such as “Rizzoli & Isles,” “Happy Endings” and “Republic of Doyle.” “Castle” airs Mondays at 10:00 PM EST on ABC. Check your local listings so as not to miss.

Read about “Y&R’s” Mishael Morgan and Kristoff St. John to The Price Is Right to find out what their Genoa City characters will get up to. Get the details on a Vampire Diaries’ Georgia area casting call and much more through Soaps.com’s Primetime Dish.