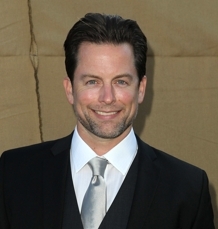 On December 17, 2013 actor Michael Muhney broke the news that he had been let go from his role as “The Young and the Restless'” Adam Newman, tweeting, “I’m so sorry. It breaks my heart to say this, but I was just let go from ‘Y&R’. My last day on set is this Thursday.”

Muhney’s controversial firing caused an uproar among “Y&R” viewers on social media, and even saw other actors get involved. One day after he was let go, in an interview with HuffPost TV Canada, Muhney stated that he had been told, “CBS and Sony want to give Adam a break for 3-6 months and then they’ll bring him back with a different actor…He’s not being killed off.”

In a recent scene in Genoa City, Adam appeared to be alive against all odds following the car wreck and explosion. Soaps.com wants to know, if the role of Adam Newman is indeed recast, who would you like to see play the part? Vote in our poll, and feel free to comment as well.