Ex-Y&R’s Victoria Rowell Is Getting Divorced 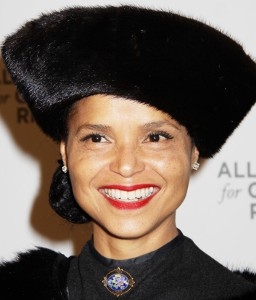 According to TMZ, Victoria Rowell’s (ex-Drucilla Winters, “The Young and the Restless”) husband of four years, Radcliffe Bailey, has filed for divorce. Documents show the couple had a pre-nuptial agreement with a caveat that in the event of a divorce neither party will disturb, harass or interfere with the other. Given the pre-nup, no monetary issues are expected to arise between the two, and they had no children together.

Rowell is an author and an advocate for foster children, having been one herself, and is also known for her role on “Diagnosis: Murder.” She has appeared on numerous television series since leaving “Y&R,” including “Ghost Whisperer,” “Single Ladies,” and “Law & Order: SVU.” She also just completed work on a film, “Soul Ties.”

The Young And The Restless Poll: The...