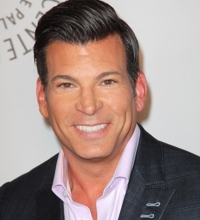 Designer David Tutera, host of WE’s “My Fair Wedding with David Tutera,” will be doing a two-episode guest spot on “The Young and the Restless,” according to TV Guide. Tutera will be in Genoa City beginning January 22 to help plan the wedding of a couple who will become engaged on Christmas Eve. Any guesses? In a promotional photo, Tutera is pictured interacting with Lauren Fenmore (Tracey Bregman) and her mother-in-law, Gloria (Judith Chapman).

Read about Michael Muhney’s Y&R exit as Adam Newman. Check out Soaps.com’s Celebrity News to find out about Lindsay Lohan’s memoir and more.