@michaelmuhney Please set the record straight, for those of us that have to take the abuse from the fans. It's hard to watch and read. #Bro

Veteran "Y&R" actor Eric Braeden (Victor) spoke out in an interview about Muhney's firing, dispelling speculation that he had anything to do with it. Braeden admitted that he and Muhney had quarreled because Muhney was vocal about wanting to push Braeden and his character out of Genoa City. Read the full interview at Radar Online.

Muhney was back on Twitter January 7 and added a post referencing the quote he shared on January 6. He tweeted:

...and that quote doesn't only apply to what is being said about ME. It also applies to others. Please be kind to everyone. #respect

Michael Muhney broke his silence on Twitter on January 6 for the first time since tweeting that he'd been let go from "Y&R." He took to the social media outlet to post a quote:

Benjamin Franklin said it best, "Believe none of what you hear and half of what you see."

TMZ is reporting that a group of "Y&R" fans on Facebook have raised funds to hire a plane to fly over the CBS studios in Los Angeles with a banner that reads, "No Adam Newbie, Just Michael Muhney."

Former "Y&R" executive producer and headwriter, Maria Arena Bell, has made a statement with regard to the TMZ report on the firing of Michael Muhney. She stated, "I am a fan of Michael Muhney the actor - not the person. Frankly he should have been let go months before because of his behind the scenes actions. It’s still a loss for the fans." Read her statement in its entirety at Highlight Hollywood.

TMZ is reporting that according to 'multiple sources' Michael Muhney was let go from "Y&R" after a co-star, Hunter King (Summer Newman), complained to higher-ups that he had allegedly groped her breasts on two occasions. The alleged actions were characterized as 'unwanted and unsolicited'.

Stay tuned to Soaps.com for further updates as they become available.

Michael Muhney's wrapped up his time on the "Y&R" set on Thursday December 19. His former co-star, Sharon Case (Sharon) posted a video goodbye tribute to him through Twitter. Follow the link in the tweet to watch:

In an interview to HuffPost TV Canada following Michael Muhney's announcement that he would be leaving "Y&R," he said, "It was explained to me that CBS and Sony want to give Adam a break for 3-6 months and then they'll bring him back with a different actor. Maybe he does need a break. Adam has been on screen a lot. He's not being killed off."

Actor Michael Muhney announced today, December 17, that he has been let go from his "The Young and the Restless" role of Adam Newman. Muhney, who has played the son of Victor Newman (Eric Braeden) since 2009, took to Twitter to announce his unexpected departure from Genoa City with a series of tweets:

I'm so sorry. It breaks my heart to say this, but I was just let go from Y&R. My last day on set is this Thursday.

My last air date will be Jan 30th. I'm going to take some private time with my wife & kids, as I am most concerned for their well-being...

I have 3 final episodes to film, and because they are my last, I will be giving it everything I have. More details will follow... #xoxoxo

Stay tuned to Soaps.com for updates.

Read about Hartley Sawyer's Y&R exit as Kyle Abbott. Check out Soaps.com's Soap Scoop: UK/Australia Edition to find out why EastEnders' Linda is pleased and more. 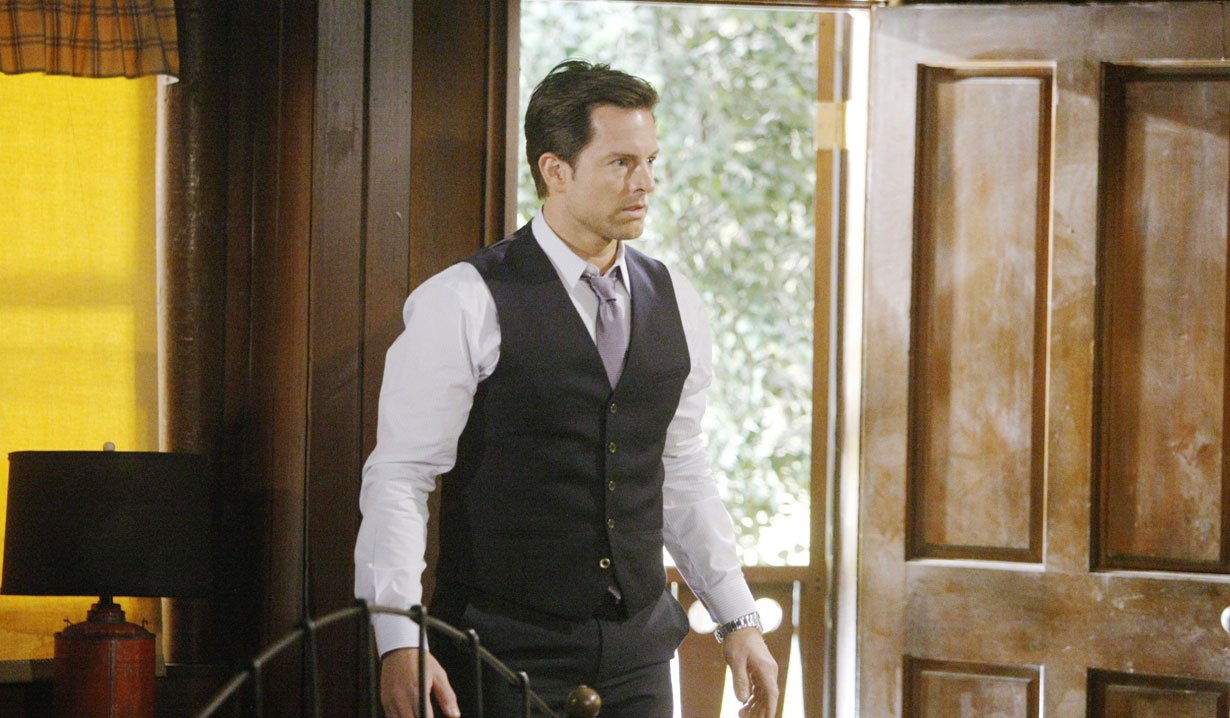 Kristoff St. John (Neil Winters) has spoken out again in the wake of the Muhney firing, this time addressing the backlash against “Y&R” and its actors on social media. In St. John’s lengthy post he states, “It is absurd and hurtful the way the rumor mill has spun out of control, with uninformed people forming opinions, completely in the dark. Unfortunately, you, the fans, are innocent bystanders. However, many are feeding off of the hysteria of those that are out for blood. Sadly, it is a mob mentality.”

More “Y&R” actors have spoken out with regard to the Muhney firing. Jerry Douglas, who plays the ghost of John Abbott, gave an interview in which he spoke about his own interaction with Muhney, the situation with Muhney and Braeden, and the allegations of inappropriate behavior toward King. He stated, “To do a thing like that to a woman is despicable and unacceptable. It’s sad.” Read the full interview at Rumor Fix.