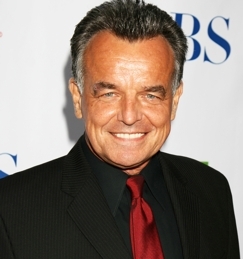 According to TV Line, “Twin Peaks” actor Ray Wise has been cast in “The Young and the Restless” role of Ian Ward, Dylan’s (Steve Burton) biological father, the cult leader who got Nikki (Melody Thomas Scott) pregnant. He begins shooting scenes on Friday December 13, and is expected to turn up onscreen around January 23. The character will play an important role in the lives of several Genoa City residents.

Read about "Y&R's" Eileen Davidson Donates To The Curated Closet. Visit Soaps.com's Soap Scoop: UK/Australia Edition to find out who gets on Coronation Street's Gail's nerves and much more.

Love Island's Leslie Offers Update on Her Mysterious Off-Camera Departure: 'What I Did Was a Little Illegal'