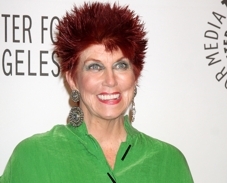 Actress Marcia Wallace, who played Genoa City’s Annie Wilkes back in 2009, passed away from complications of pneumonia at the age of 70 on Friday October 25, according to TMZ. Wallace was best-known for her voice role of Edna Krabappel on “The Simpsons,” which she had done for more than 20 years. She also had significant roles in television series such as “7th Heaven,” “Murphy Brown,” “Full House,” and “The Bob Newhart Show,” to name just a few, and appeared on TV game shows, “Hollywood Squares,” “The $25,000 Pyramid,” and “Match Game.”