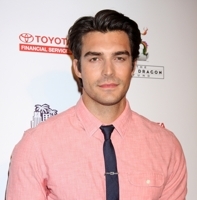 Actor Peter Porte, who previously played Ricky Williams on “The Young and the Restless,” is now portraying a character named Scott on the Primetime soap, “Devious Maids.” He has appeared in the August 25 and September 8 episodes thus far. The show airs Sundays at 10:00 PM EST on Lifetime.