The Young And The Restless Spoiler Video: Lauren’s Peril

Read about this episode before it airs through Y&R Recap: Self-Fulfilling Prophecy. Vote on AMC's Opal and Colby.

Did you turn off the gas?

On Wednesday in Genoa City, Lauren is attacked by Carmine in her home. Watch the sneak peek below.

The Young And The Restless Saturday Teaser Poll: Curiosity 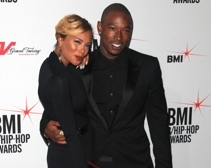