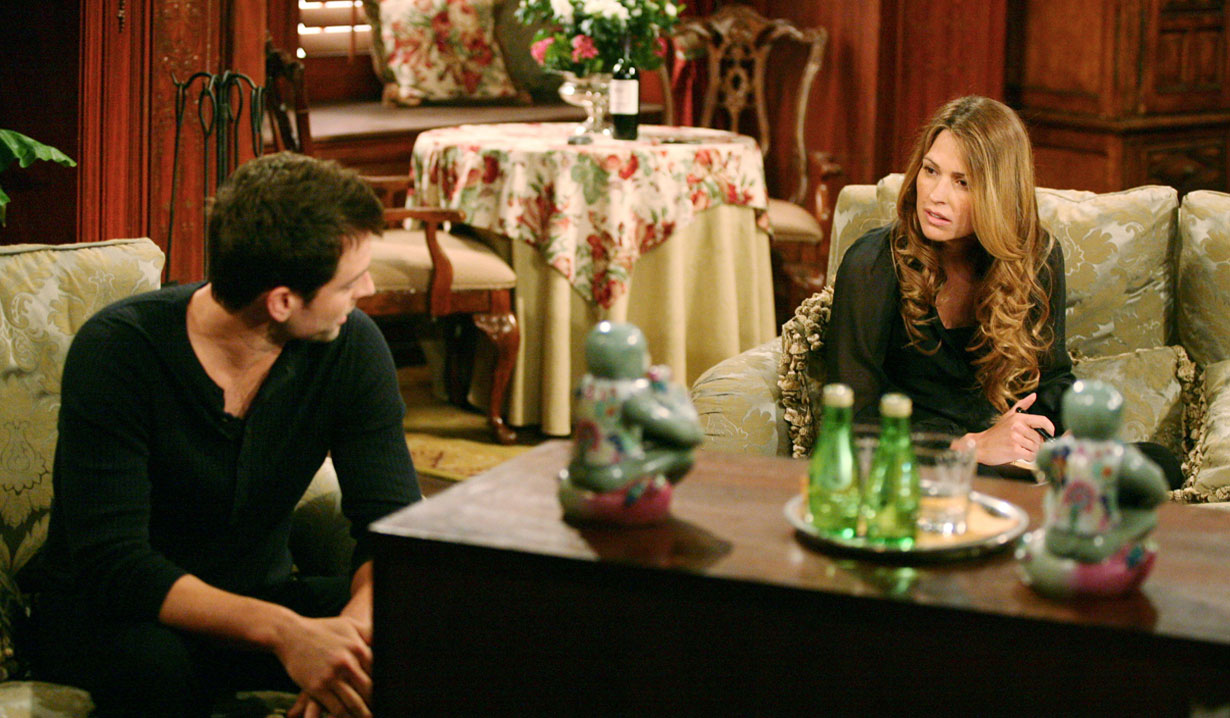 In this week’s Throwback Thursday Soaps.com takes readers back to 2010 when it was revealed that Skye Lockhart had faked her death…

Adam’s been making a few mysterious phone calls these days and years ago the mystery woman in his bed turned out to be Skye, who he’d helped fake her death two years prior. Everyone believed Skye had been the chopped up body found in the Newman stables, due to Adam’s class ring having been found nearby – one Skye used to wear around her neck. David Chow had been assumed as her murderer after Skye had won a ton of money from him during a gambling game.

Adam faked his own death as well and many assumed the burnt body of Richard Hightower was Adam, and Nick went to jail for Adam’s murder. Skye reappeared with Adam, who she assured they’d covered their tracks. Victor began putting the pieces together and with Jack’s help ended up coming face to face with Skye, who led him to Adam. Though Victor forced Adam to return to Genoa City to face his crimes, Adam faked a mental breakdown, which set off many other chains of events.

Do you remember how Victor realized Skye had been alive and working to help Adam? Vote below.

Also, vote in our Throwback Thursday B&B Poll: Brooke's Breakdown and read our Pretty Little Liars Recap: Under the Gun to find out what Toby and Spencer realized about Ravenswood.