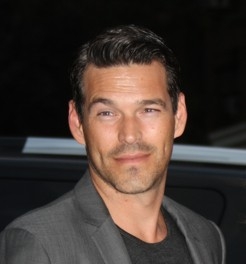 Actor Eddie Cibrian (“Rizzoli & Isles,” “Third Watch”), who once played the dastardly Matt Clark on “Y&R,” is appearing in the new Hallmark movie, “Notes From Dad.” The film tells the story of a former jazz musician who takes a job teaching music at a disadvantaged school. He mentors one young man and also winds up reconnecting with his own son. Alan Thicke (ex-Rich Ginger, “The Bold and the Beautiful,” “Growing Pains”) also appears in the film which airs on the Hallmark Channel Saturday June 15 at 9:00 PM EST. Mark your calendars and check your local listings.

Get the details on the CBS Daytime Tribute to Jeanne Cooper. Find out what happened with Y&R’s Kyle, Summer, and Fen last week.

The Young And The Restless Spoiler Video: Avery's Assurances