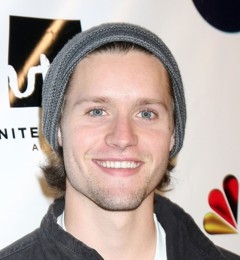 Actor Luke Kleintank, who played “The Young and the Restless'” Noah Newman during his rock star phase (2010-11), will appear in the upcoming indie film, “Sacrifice,” according to Variety. Kleintank plays Hank, a football star who is one of four teenagers who must come to terms with their consciences following a tragic accident on a hunting trip. The film, currently in production in Houston, stars Dermot Mulroney (“My Best Friend’s Wedding,” “The Family Stone”) and Melora Walters (“The Butterfly Effect”).

Vote on Y&R’s Billy’s gambling issues. Find out what big event will occur in the Grey’s Anatomy Two-Part Finale.

The Young And The Restless Saturday Teaser Poll: Heating Up

The Young And The Restless Spoiler Video: Jack's Proposal?