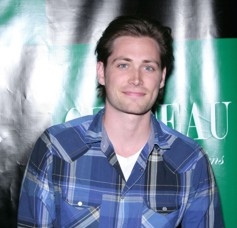 Conroy will appear in Genoa City on May 21 for a day or two and will be involved in the storyline with shooting Tyler’s (Redaric Williams) campaign. He will also admire the model, Summer (Hunter King), who is appearing in the spread with Mason (Lamon Archey). Conroy could return to Genoa City again in the future and more crossovers could happen as well.

Actor Zack Conroy and his “The Bold and the Beautiful” character, Oliver Jones, will be crossing over for an appearance on “The Young and the Restless” during the month of May. Oliver will be photographing fashions at Jabot while in Genoa City. The actor is taping scenes on Wednesday April 17.

Soaps.com will update readers on exactly when they will see Conroy on “Y&R” when that information becomes available.

Are you excited about this upcoming crossover appearance? Let us know by voting below.