Keaton Simons’ Without Your Skin Featured On Y&R 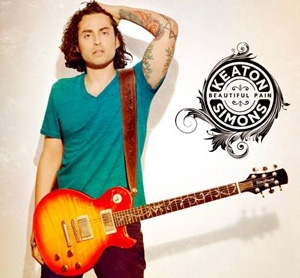 A song from Keaton Simons’ new album was once again featured on “The Young and the Restless.” The song “Other Side” was heard on the Wednesday April 24 episode. The album goes on sale April 30.

Former Maverick and CBS recording artist, Keaton Simons’ song, “Without Your Skin” was featured on “Y&R” on March 20. Simons’ told Soaps.com, “I am extremely grateful to the show’s producers and its music supervisors, Paul Antonelli and RC Cates, for finding such a beautiful home for my music on ‘Y&R’. The most recent placement of my song ‘Without Your Skin’ gave me chills. What an honor!”

Simons’ new album, “Beautiful Pain” is set to be released on April 30. The album features songs co-written with friends and peers Jason Mraz, Jason Reeves, and Glen Phillips amongst others. The single “Beautiful Pain” is available on iTunes. Incidentally, Simons is the stepson of Eric Roberts, who played Vance Abrams on “Y&R.”