Actor Christian LeBlanc (Michael, “Y&R”) will be hosting the annual Dancing With The Stars On The Bayou charity event on Saturday April 13. This year he will be joined by his “The Young and the Restless” co-star Jessica Collins (Avery) and former co-star Jeff Branson (ex-Ronan), who will also act as judges at the event which benefits the Louisiana Center for Women and Government. It will be held in the Cotillion Ballroom at Nicholls State University in Thibodaux, Louisiana, with 6:30 PM cocktails on the schedule first, followed by dinner at 7:30 PM and the big dance event at 8:00 PM. Further information and tickets can be found at Nicholl’s State University. 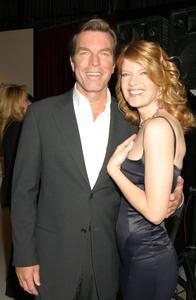