Watch a video clip of Y&R's Kate Linder's Memories. Find out when AMC and OLTL will premiere.

“General Hospital” alum, Bruce Weitz, who played Anthony Zacchara, will appear on “The Young and the Restless” according to Soaps In Depth. Weitz will play Barry in three episodes beginning Wednesday April 17.

What do you think about this short-term casting? Let Soaps.com know by voting below. 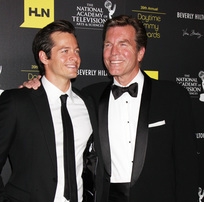